Scott Darlow is a man of many talents. From his early beginnings playing brass in a Salvation Army band at the young age of eight years old, to being the driving force behind the ‘Drought Breakers’- A fundraising effort for our Aussie farmers and today’s released version of Dragon‘s classic ‘Rain’, but the question still remains….. who is Scott Darlow?
Our Melbourne correspondent, Kylie Carns caught up with Scott and delved deeper into the multi-instrumentalist’s past, present and future. 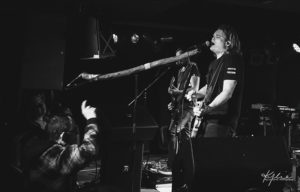