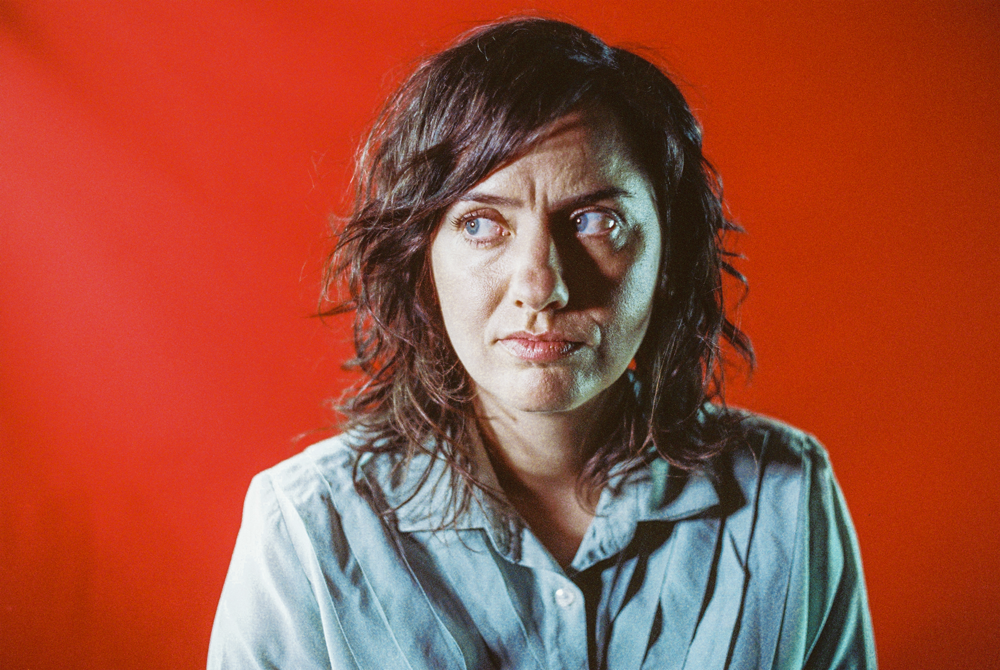 Last month, genre-bending Australian musician Laura Imbruglia dropped yet another earworm to be lifted from her hotly anticipated fourth album Scared Of You. This latest curveball, ‘The Creeps’, deviates from the dulcet tones of previous singles  ‘Diptych’ and ‘Tricks’, taking a beeline into AC/DC territory. The result is as arresting as it is endearing, and likely to attract some crowd-fueled, fist pumping backing chants, come single launch time. As premiered via The Au Review, the multi-talented musician, slash web series creator, slash all-round funny person has revealed a hilarious new video co-conceptualised with director and renowned photographer Nick Mckinlay.

Having produced music videos for a myriad of Australian artists including Julia Jacklin, John Butler Trio, The Teskey Brothers, Phantastic Ferniture, Feelds and more, Nick Mckinlay (more notably known in the online sphere as Nick Mckk), has crafted the perfect visual accompaniment for ‘The Creeps’. Capturing all the frustration, angst and boiling rage that the song emits, the video stars Laura as a reckless life-ruiner; running shopping-trolleys through picnic dates, basketball courts, and playgrounds with the simple goal of irritating unsuspecting strangers. It’s an audacious take on breakup catharsis that’s both unnerving and dangerously relatable.

“The Creeps” is supported by the Victorian Government through Creative Victoria, Creative Partnerships Australia through MATCH Lab, City Of Melbourne Arts Grants Program and The Bundanon Trust Artist-In-Residence Program.