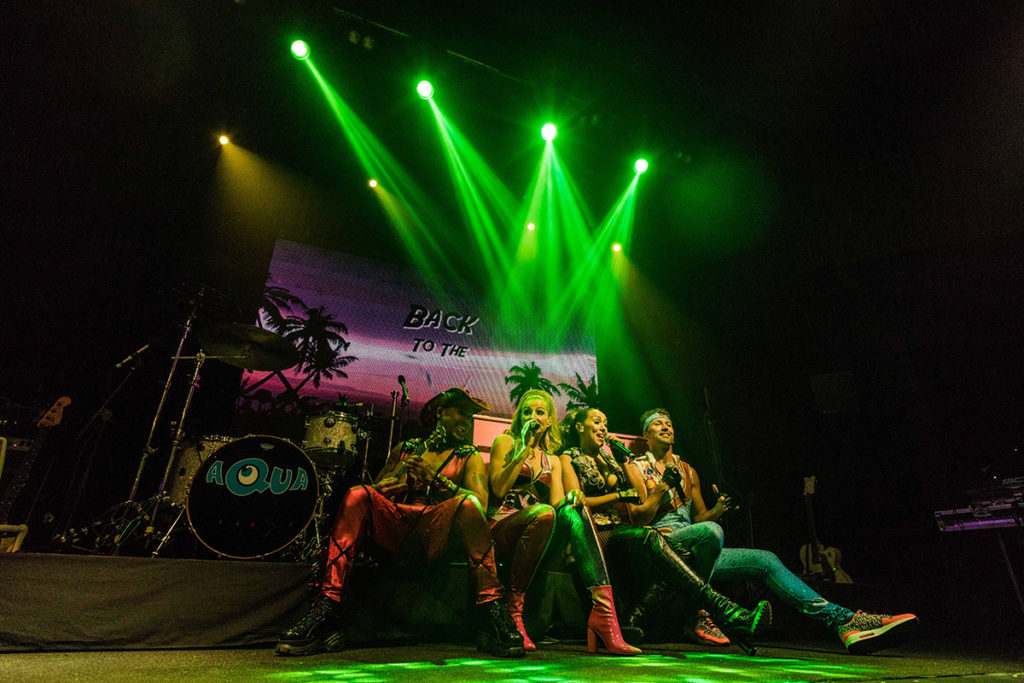 A lot has been written – and many gorgeous photos taken – of the ‘ultimate throwback pop experience’ that was the So Pop concert series hitting major Australian cities this summer.

The Vengaboys (from Holland) and Aqua (from Denmark) might be a little on the kitsch spectrum with their 1990’s Eurodance-Euro-pop hits, but their energy and the way they play up to (and with) the audience is lots of fun and a discoing, sing-a-long ‘retro’ blast. As they performed – with fun, flirting, OTT synchronized dance moves (Vengaboys) and crowd surfing
(Aqua) – their songs can transport you back to where you’ve danced to these songs during many early-morning hours over the years. Glow sticks, face glitter, pigtails, double buns and 1990s disco-wear in the crowd, added to the images on the stage screen, transport you back years (or, for some of us, decades).

The Vengaboys opened the night in Darwin, kicking off with an abridged Boom, Boom, Boom, Boom!! before taking us through various hits, and medleys of covers, that everyone can (and did) sing and dance along to. The Vengaboys radiated so much pop energy. Their beaming smiles, playful dance moves and audience eye contact kinda made you think ‘The Wiggles’ (occasionally, in a non-G-rated kind of way). But not when a fan from the audience was chosen to come on stage during a cover of Prince’s ‘Kiss’. The lap-dance was definitely not G-rated. The crowd (as to be expected) went crazy (crazier) with ‘Vengabus’ toward the end of the group’s performance (how many interstate/international free discos have we danced to this song?). We were going hoarse from the sing-a-longs when they concluded their hour-long set with a full version of Boom, Boom, Boom, Boom!! (Right back to where we started). 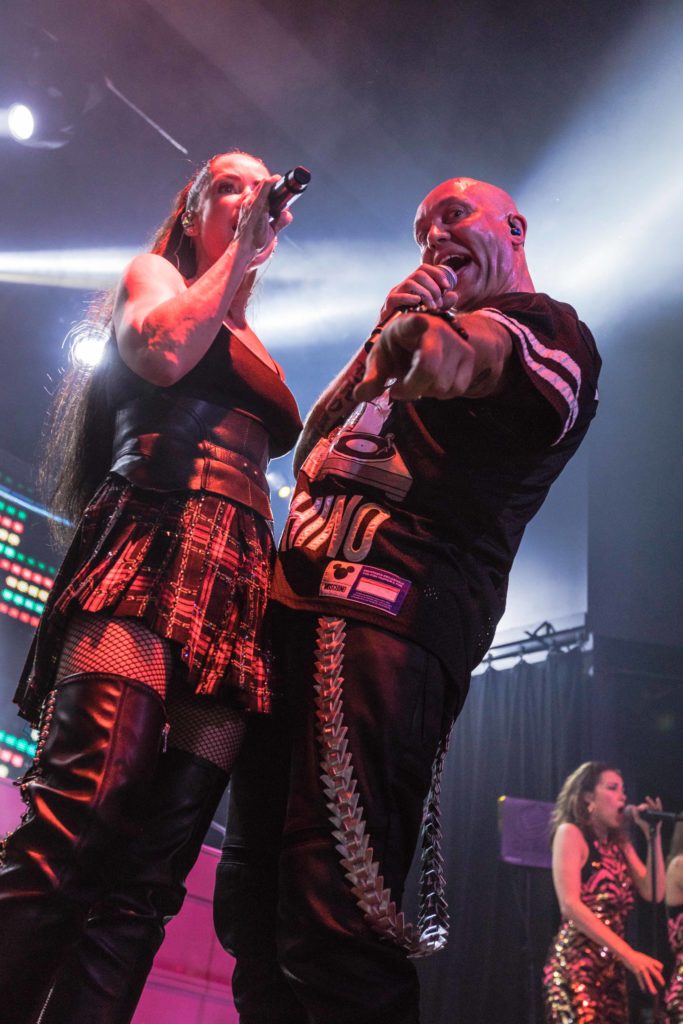 After a short break, Aqua arrived on stage in stages, with the band (bass, keyboard, guitar, drums and backing vocals), followed by the honey-voiced Lene Nystrøm, and (finally) the throaty René Dif. Lene and René are well-loved by Aqua fans in Darwin. They both had fans eating out of their hands, high-fiving them, and singing-a-long. With flirty looks, personal serenading, posing for selfies, and getting up close and personal with the audience the love and adoration from their Darwin fans was
palpable. Mid-way through the set ‘Barbie Girl’ saw René walking through the mosh pit/dance floor with his mic, singing his lines along with Aqua fans, and the crowd held Lene proudly as she crowd-surfed at the conclusion of ‘Barbie Girl’. She was safely brought back to the stage by one of the venue’s security guards, who’d previously had his hair ruffled fondly by Lene during the opening song. How many folks now want to sign up for security detail at Discovery?? So close and personal with the likes of Lene from Aqua?
For Aqua’s ‘Back to the ’80s’,  6+ female fans accepted the invitation to dance on stage and full-on smashed it with their dance moves. With Darwin’s relatively small population (140,000+ people) it’s likely most of the crowd knew (or was connected to) someone on stage for ;Back to the ’80s’. The crowd was so completely enamoured with Aqua after nearly an hour of songs that when René asked us to sit (squat) on the dance floor (covered in spilt alcoholic beverages) for ‘Dum Di Da Di Da’, we all did, jumping up to dance with energy for the chorus. Lene safely crowd surfed (again) after the song, and after some encouragement René accepted the Territorians’ invitation to crowd surf too. Sadly, it was the final song of the night. The show at Darwin Discovery was the final show for Aqua and The Vengaboys and the first time the bands had been to Darwin. They promised they’ll be back soon. Although the show wasn’t sold out earlier on the day, it looked like Territorians did ‘the usual’ and bought tickets sort-of last minute, with Darwin Discovery looking and feeling like it reached its capacity of 1,000.
Darwin is looking forward to the bands’ return. 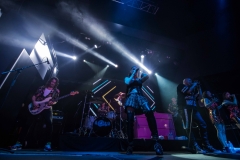 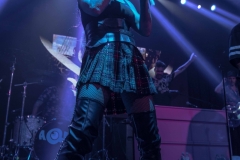 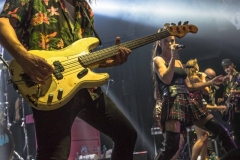 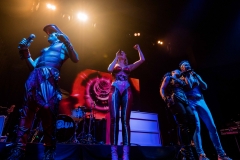 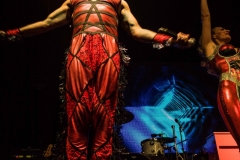 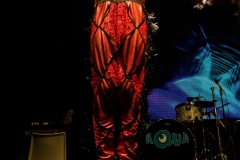 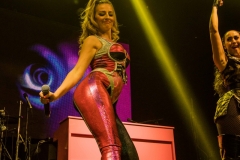 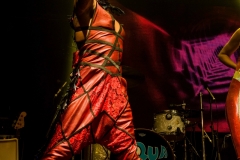 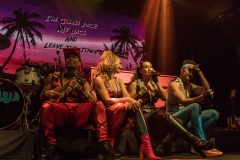 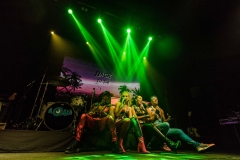 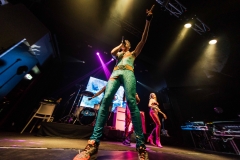 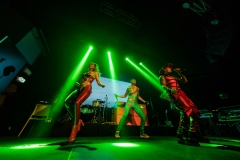 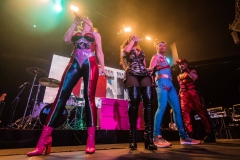 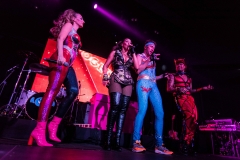 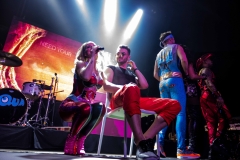 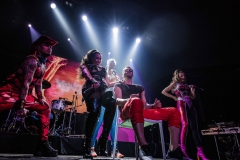 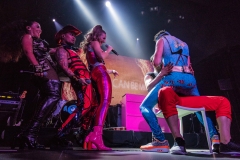 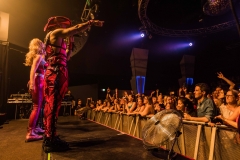 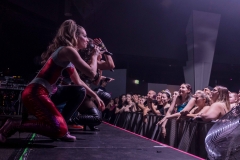 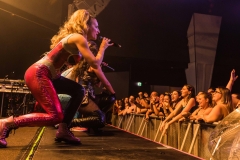 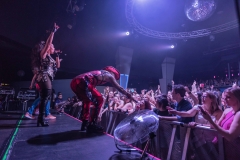 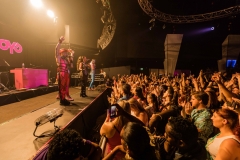 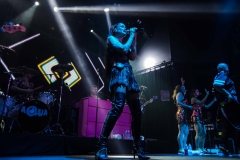 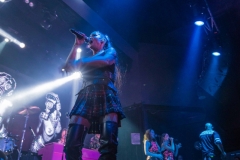