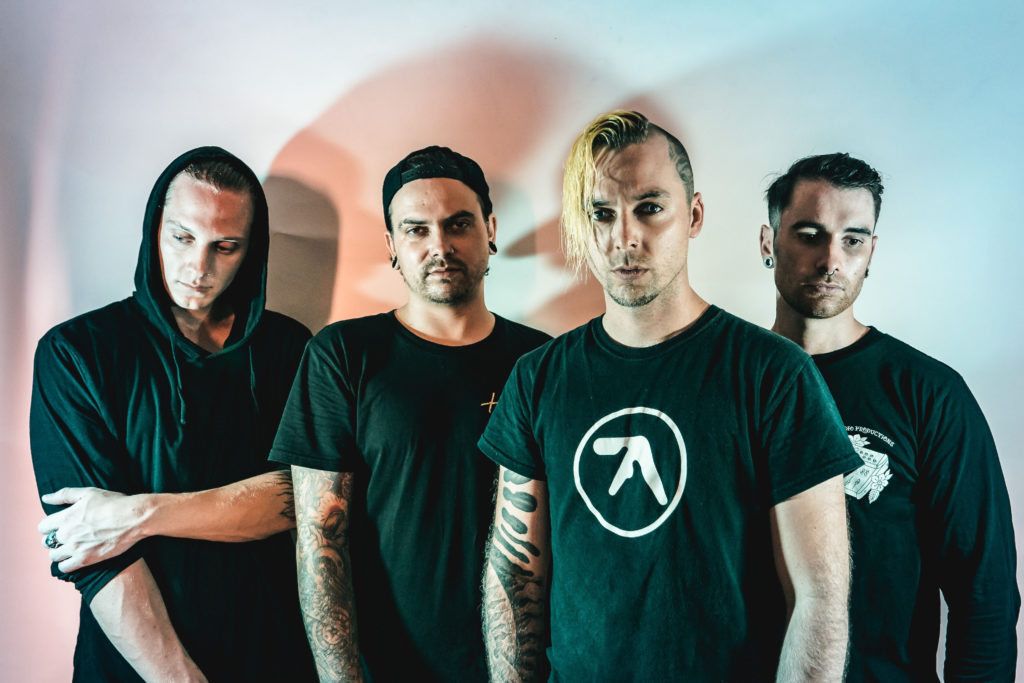 Doing something new in the realm of heavy music takes vision, creativity and a hell of a lot of guts as there is always a risk. A risk of getting it wrong, of alienating yourself, of not fitting in the neat little genre bubbles everything seems to have to conform to… SETMEONFIRE are risk takers…

SETMEONFIRE is a metallic amalgamation of influences ranging from the alternative rock and metal stylings of the late 90’s to modern day electronica, drum & bass and hip hop with a cinematic delivery.

This sonic fusion comes together on Lowtech, the band’s impending debut album due for release in March 2019. The first look at Lowtech comes from the incredible music video for Creature

Working with short film makers Calum Riddell and Christian McGuinness, Creature reflects Cameron’s take on social media. “Social media and it’s pitfalls have been done to death lyrically, so I tried approaching the subject from the perspective of a dominant/submissive relationship, where the submissive is quite wilful despite the dominant’s almost predatory aggression.This is much akin to the way in which social media preys on our insecurities – we can’t help but get sucked in to it’s web despite knowing it isn’t healthy for us. This is visually represented in the clip by having an antagonist who is being controlled by an external force trying to hunt down and “plug in” his victim.”

On the album’s juxtaposing title, live keyboardist and backup vocalist Oliver elaborates – “We are simple beings living in rapidly advancing technological environment. We’ll have to play with the fire first to learn what it can do – even if it means getting burnt in the process”.

“Although the music carries a futuristic vibe, the themes vary throughout the record. I flirted heavily with the idea of making a concept record lyrically, but I want to be able to connect with people a little deeper than what that would allow,” Says vocalist Cameron Eyre. “There are songs about emotional abuse, reflecting on life and death, conspiracy theorists, self-improvement, the predatory nature of social media, and my own insecurities as a musician, a person and a father. Things that matter or are interesting to me. I feel like you have to allow yourself to be vulnerable and provocative to get a reaction out of the listener.”

This is also Eyre’s first project as a vocalist. “This was both out of necessity and the desire to challenge myself. There aren’t many options around in my area for vocalists, so this presented an opportunity to push myself as a musician and express myself in a way that I haven’t been able to until now.”

SETMEONFIRE was born from the collective idea to be free of the restraints of genres, instead choosing to ignore any and all expectations and create something that is a true reflection of the individuals at it’s core. “For me this project gives me the opportunity to explore all my influences from when I first got into music to what is inspiring me today. For the first time in my career as songwriter, I’m not trying to achieve a certain sound. The most important thing to me is to intuitively make music that is fun to write, listen to and perform. I’m not trying to impress anyone anymore, nor do I have anything to prove to anyone but myself”, says Cameron.

Lowtech sees the band make their definitive mark. With a few EP’s and singles now under their belt, they have refined their sound to what is now a perfect marriage of rock and electronica.

Dense soundscapes that accommodate a melting pot of atmospheric keys, driving guitars, synthetic bass and heavily processed percussion that lay a path for an equally diverse vocal delivery ranging from aggressive to melancholic to frantic.

SETMEONFIRE will be playing select venues to launch Lowtech on release.
Watch this space