Being a support act for a living rock legend must be exciting and daunting all in the same breath. But Seth Lakeman proved to the packed house at Melbourne’s Palais Theatre, that he was up for the challenge. Commanding attention of the audience with his vocals, six string, viola and violin, Seth was a powerhouse start to what was going to be a great night. Mesmerising vocals and playing the violin like a lead guitar, he had the audience raring to go for the main act- rock royalty Robert Plant and his band, The Sensational Space Shifters. And sensational they were (and not because Robert told us they were!)

Robert walked on stage looking a little older than the last time he graced our shores, but the years have done absolutely nothing to his voice. Showcasing immaculate tones, and still carrying depth and range, Plant demonstrated why he was once voted greatest rock’n’roll voice of all time. Hitting the high notes and lingering on the deep bass tones, Plant is still a natural effortless musician with talent that is rarely seen these days. Mesmerising the crowd with his vocal abilities and witty banter, Plant managed to sing songs from not only their latest releases, but also managed to sneak in a few Led Zeppelin songs in for the die hard fans in the audience.
Supporting the rock legend, the Sensational Space Shifters demonstrated as to why they were there. Plant sat back and spotlighted each talent in the band, by allowing them to showcase their abilities. Lead guitarist Liam “Skin” Tyson had the crowd in awe with his acoustic playing which led into “Baby, Im gonna leave you” , whilst Seth Lakeman came back on stage to play with the band for the remainder of the show.
Just when you thought it was over, Robert Plant and the Sensational Space Shifters returned on stage for the encore! Smashing out the riff of “Whole lotta Love”, everyone in the audience were on their feet, dancing away (even with the staff from the Palais at one stage). Everyone there tonight, knew that they were witnessing a living rock legend still in peak condition. Plant thanked the crowd, one final time before bowing with his band in appreciation. The smiles on the band’s faces told us that they love what they do and boy are they good at it too. Robert Plant – a living rock legend that graced Melbourne and I was one of the lucky ones to see it! 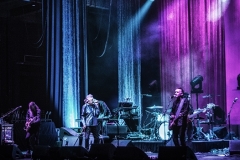 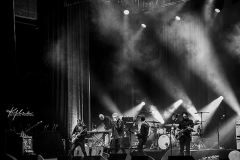 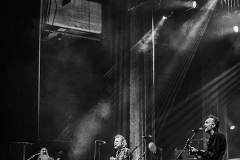 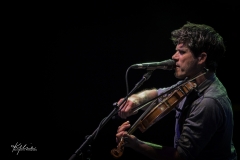 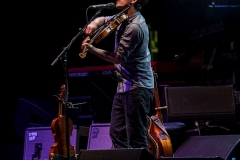 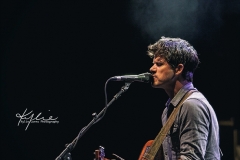 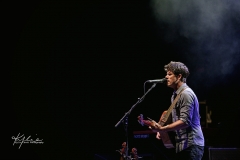 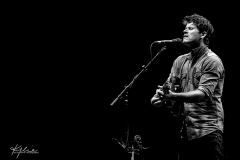 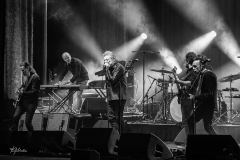 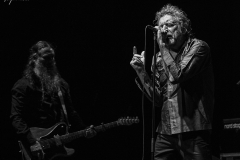 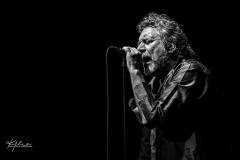 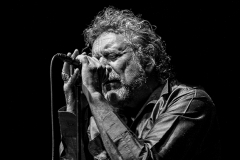