Concrete Palms is a hard rock garage band from Brisbane that are starting to make waves in the Brisbane music scene. The Rocker Rags’s Kelly Koolstra-Aplin, sat down with lead singer/guitarist, Alex Kosenko, just before their latest gig in Brisbane. Here’s what he had to say:
When did your love affair with Rock n Roll first start? And did your parents have a big influence on your early introduction?
My parents had a huge influence on my music growing up listening to rock, metal, blues and getting me my first guitar a little Livingstone electric at Christmas. My first concert I attended was Metallica when I was about 10 and since then I’ve been to many more. I am so thankful to them.
At what moment in your life did you realise that you wanted to become a guitarist and singer?
I’m not sure. I just think back to when I was young and somehow knew this is what I wanted to do and I still love it just as much and more.
Whilst growing up we all had favourite rock bands that had an impact on our lives for certain reasons! Which were your favourite and why?
If I had to pick two that I took the most from I’d have to say Black Sabbath and Pink Floyd both different unique and inspiring bands that did what they wanted and created something brand new that will last decades
Where did your bands name “Concrete Palms” originate from and who thought of it?
The band name came from myself and Cody. We always thought of when you’re skateboarding and well I wasn’t the best but when I used to fall off I’d cut my hands on the ground hence the name Concrete Palms. The other meaning behind it, was how all around us there are more and more buildings, companies and pressure being put on the people. So in taking the idea of a beautiful palm tree being made and structured out of something. It reflects on how we feel about the way the world is going. Deep stuff man !
As a singer, songwriter where do you draw the line when writing a song for Concrete Palms or your own projects?
I don’t see a line between writing for the band and myself. I think the music l write isn’t specifically meant for anything. I like to write my music in a way that no matter what situation I’m in or group that I’m able to use my songs. I think that’s what so fun about writing not knowing where it will go or what it will be become.
What has been the most rewarding part of being in a your band?
Being lucky enough to find people who enjoy music just as much as me and bonding over different artists and genres of music. There is that moment I feel when we are mid song and you look to your band mates and everyones feeling the sound. It’s just the best.
If you could collaborate with any musician or rock band in the world who would it be and why?
I would love to work with Pink Floyd (Who wouldn’t!). Just to be witness to how they write and go about the whole recording process would be life changing.
I know you have met a few famous bands along the way, who were they and which were your favourite?
I’ve been so lucky to meet some pretty amazing artists and bands along my music journey but the ones who I really owe a large amount of my musical ability to is The Giants rock n roll band. Jamming on stage and hanging out with these guys has been life changing. The lead guitarist Mark Greig is the kindest person I have ever met and I came to find out after meeting him he spent time playing in the band Australian Crawl. Absolutely amazing! Now Stuart Wood lead vocals you could hear miles away and harmonica. These two guys have really been my mentors for music.
What Australian bands are you most excited about?
So many amazing bands to choose from. I absolutely love listening to Hobo Magic really tight band. Their sound reminds me of Black Sabbath and early metal. I love it. I also really enjoy bands like the Skegss, Violent Soho, Dune Rats, Smith Street Band and DZ Deathrays. All are really unique and talent musicians.
I believe Concrete Palms is about to start recording again is this true?
Yes. We are about to start recording our first full length album in July this year. Looking forward to recording and seeing what madness we come up with. It’s really fun to experiment and stretch the boundaries with your sound in the studio.
I know your only 17 years old, but what has been your greatest achievement so far?
I think my greatest achievement so far was recording a full length album by myself when i was 16 at the start of 2017. It took me around 6 months to get the artwork, recordings and mastering all complete. But what i look back on now is how I even found the time while going to school for the six hours and recording in the afternoons, juggling school work, tests and assignments. So I think that has been my greatest achievement so far haha
Alex, The Rocker Rag would like to thank you so much for your time and l look forward to seeing where your music journey takes you!

Thank you very much for having me and I’m looking forward to next time. 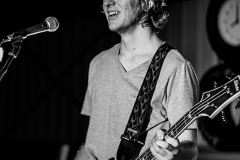 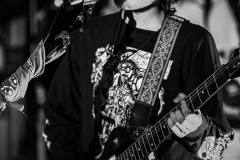 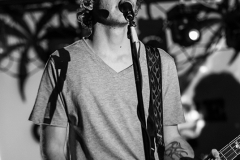 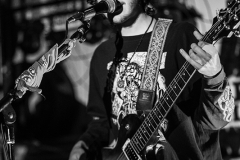 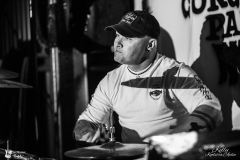 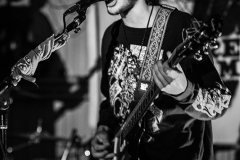 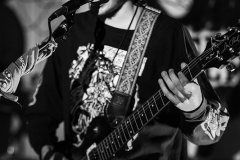 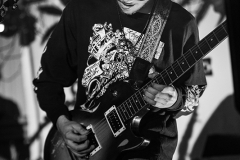 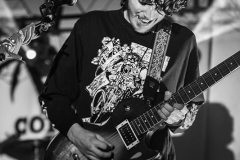 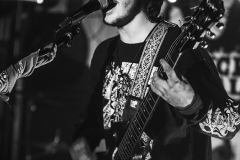 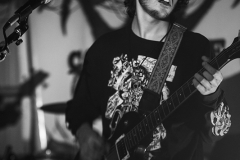 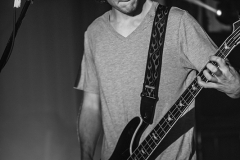 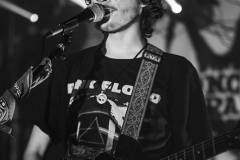 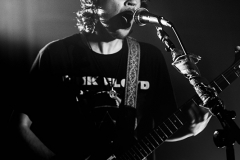 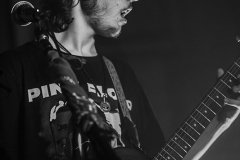 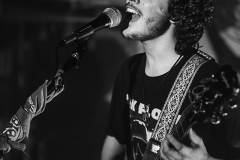 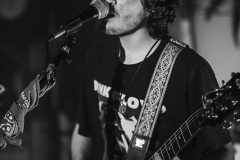 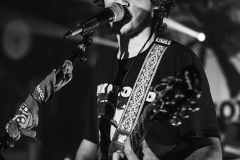 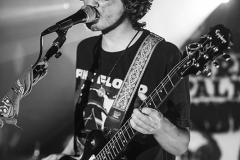 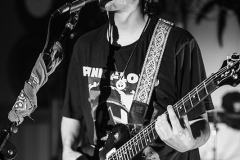 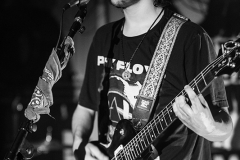