British pop-rock superstars Bastille are back on our shores just about 12 months since their last visit. They are here bringing their Doom Days Tour – Part 2 for their legions of Australian fans.

Melbourne had delivered us a scorcher of a day which would have tested the commitment of those arriving early to ‘The Bowl’ to get prime position at the barrier. Bastille have the kind of fans that wouldn’t flinch.

The front few rows at a Bastille show are usually adorned with fans that go to great lengths. There’s signs, costumes, fave paint, and even a vest that lights up with the bands logo.

First up on the bill was Evie Irie. It’s always cool to see an opening act look genuinely stoked to be on stage. Evie and band would put on an energetic set that got the arriving crowd up and about.

Next up was Max Frost. The stage was set up as if there was going to be a band playing, but it turned out that Max was a one man band. Starting on the drums, playing synth, guitars and of course singing, Max was doing it all and doing it well. He also brought a lot of energy to the stage, talking to the crowd and engaging in some call and response singing. A great stepping stone for what was to come.

The lights went down and a countdown clock appeared on the big screen. Bastille entered the stage and the crowd went nuts. Opening their set with Quarter Past Midnight, the screen was awash with bright colours, imagery and phrases. The band have their positions or stations if you will, but lead singer Dan Smith is all over the stage. Full of energy, running and jumping around as he nails his vocals. Throughout this tour, Bastille have been presenting this show in Three Acts. The first was titled ‘Still Avoiding Tomorrow’ and included the smash hit ‘Happier’ which got the crowd on the hill up and dancing. There was a visually striking moment when Dan was under a single spotlight and a blood moon was projected on the screen.

The second act was titled ‘Those Nights’ which included the song of the same name along with ‘Bad Blood’ and ‘Doom Days’. And the third act titled ‘The Morning Doesn’t Reach Us’ included another couple of their huge hits ‘Of The Night’ which had the crowd jumping and ‘Pompeii’.

Bastille are a well oiled machine and produced a flawless show. It was less a concert and more a journey or experience for their adoring fans. 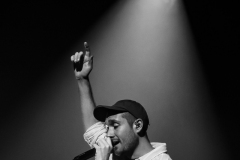 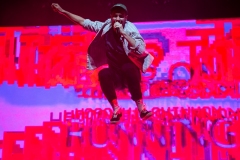 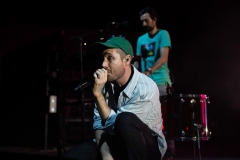 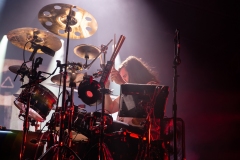 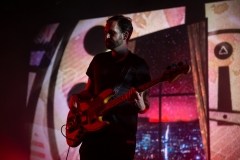 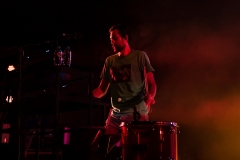 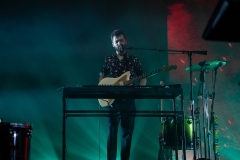 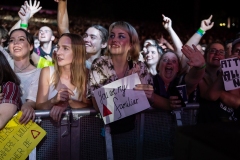 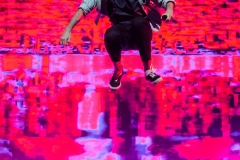 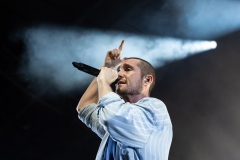 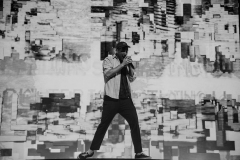 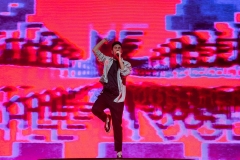 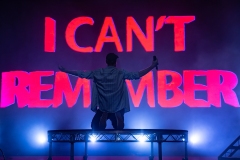 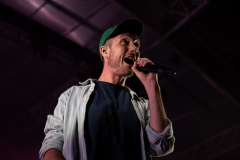 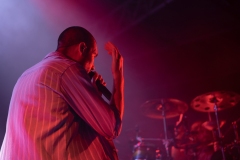 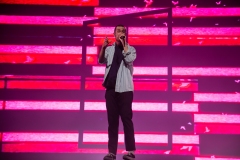 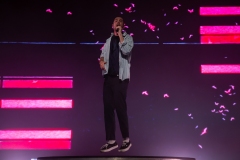 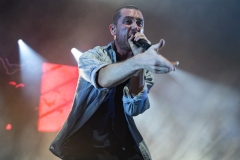 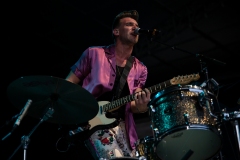 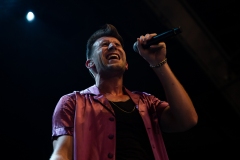 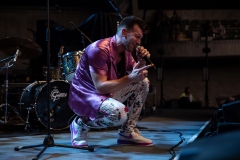 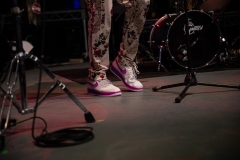 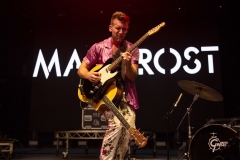 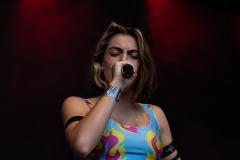