Troye Sivan is a force to be reckoned with. Sivan started his creative career at the tender age of 12 years old by creating his own You Tube channel in 2007. Sivan gained popularity as a singer on You-Tube and currently has over 7 million subscribers and over 1 billion views. Sivan has achieved remarkable success for someone of his age. Sivan is a successful singer, song writer and actor. He has released 4 albums, 4 EP’s and 16 singles. He has been nominated for a staggering 46 awards from 2011 through to present and has won 19 awards from his nominations. Time magazine named Sivan as one of the “25 most influential teens of 2014”. Pretty impressive stuff for one so young.

Sivan has just completed a worldwide tour titled “The Bloom Tour” to celebrate his album “Bloom” which was released in August 2018. Sivan wasted no time after the release of “Bloom” starting his world tour on the 21September 2018. The tour finished up with the last show being in Melbourne on the 25September 2019. The tour took Sivan to 64 cities across 28 countries.

The Melbourne show was held at Margaret Court Arena to a sold-out house. Fans of all ages and walks of life came along to see Sivan play.

Supporting Sivan on the NZ and Australian leg of the tour was Thelma Plum and Tyde Levi. Plum is an Indigenous Australian singer/songwriter and has recently finished up her own tour to celebrate the release of her album “Better in Blak” which was released in June of this year. Levi is Sivan’s younger brother and is starting to follow in his brothers’ footsteps. Levi is a You Tuber, Blogger and DJ and a musician in his own right. His current new single is “Sober”.

For the first two sets there was a large red curtain towards the front of the stage which both Plum and Levi performed in front of with their band members.

Levi and Plum performed their sets to a very enthusiastic crowd. It was clear from the singing, cheering and dancing during their sets that Levi and Plum had many fans in the sold-out crowd as well.

When it was time for Sivan to come on to the stage, the arena went dark, the music started, and the crowd was screaming to deafening levels! Sivan came out from under the curtain and he too started off his set in front of the curtain. Sivan started the night off with the first three songs from his album “Bloom”. The first song of the night was “17”. Every single fan in the house was singing along to the song. Then part way through the song the curtain dropped and revealed the rest of the stage and Sivan’s band along with a high-rise stage which Troye spent time performing on to give everyone in the house a chance to see him.

For the second song Sivan then jumped into the title track of the album “Bloom”. Once again this was met with screaming and cheering from fans and with everyone singing along. The third song in the set was “Plum”. It was clear from the crowds reaction that the new album “Bloom” and hearing the new material live was something they had all been waiting for and were relishing every moment of Sivan belting out the tunes.

Sivan then took a break to talk to the crowd. The theme for the night was “pop” and many a fan came adorning costumes representing pop icons such as Ariana Grande, Brittany Spears, The Spice Girls and David Bowie. Sivan asked for the house lights to be turned up so he could have a good look at the crowd. He pointed out several costumes and spoke directly to each one like there was no one else in the room. Sivan has a remarkable ability to be so personable and one on one with fans even though it was a sold-out crowd of 7,000 people. There were several times in the evening when there was no music playing and Sivan was speaking that a member of the crowd would yell something out and he would have a conversation with them.

There was even a point in the night where a fan screamed out “I’d tun gay for you Troye”. When Sivan repeated it as a question; “You’d turn gay for me” the crowd screamed and cheered. Sivan responded with “I don’t think that’s how that works but I’m still down, I still appreciate it.”. He then proceeded to say “God this is literally the gay agenda. This gathering here tonight is what everyone was so petrified of. I feel like we need to do some spells or something”.

Through the night, every time Sivan talked to the crowd, he affectionately referred to Melbourne as “Melbs”. It was very endearing every time he said it. It was like Sivan had just come to visit some friends at home and catch up for a chat.

Sivan played a massive 19 song set list going for over two hours. Every single song the crowd sung along to. From the new hits to the old. They were all really well known, and it was just like one massive karaoke night.

There was one break during the set where up on the high stage a brown leather sofa was brought out and Sivan took a seat and sung three songs. Before the songs Sivan asked “Melbs, I know we’ve been all happy, but is it ok if we be a bit sad for a while”. The fans of course screamed, which Sivan responded with “should I be concerned you’re excited about that”. For the song “The Good Side” Sivan then proceeded to talk about break up’s and how crappy they are no matter which end of the breakup you are on and continued to tell us his break up story. Again, just treating the whole crowd on a one on one level and having a chat with friends.

When it came time for the end, Sivan said to the crowd “Melbs, do you want the good news or the bad news”. It was surprising to hear thousands of people say in unison “the bad news”. Sivan then told the crowd that he only has one song left. He said so when I say “this is our last song, I want you to boo and be upset, and then when we leave the stage you all scream and make noise. I want to hear crazy shit going on out here. Then we’ll come back out and you all scream. So, lets try it”. Sivan then said, “this is our last song”. When the crowd boo-ed, Sivan responded shocked saying “I didn’t mean get angry! Just like sad like awwww”. Sivan then said, let’s try again. This time the crowd got it right.

As promised, Sivan and the team went backstage after the last song “Animal” for a quick costume change and the crowd did not let up with the noise even once. There was feet stomping, clapping, screaming, cheering Troye’s name, and cries of “one more song”.

The band all came out dressed in their pop costumes with Sivan dressed like David Bowie in a red jumpsuit and pirate eye patch.

The last two songs were “Youth” and “My My My”. During “My My My” confetti canons were fired with confetti flying in the air and coming down onto the crowd.

It was such an epic show. Such high energy. Sivan is a true performer to the core. He had fun on stage dancing around, interacting with the crowd, sharing stories and getting the crowd to be involved with jumping and singing the lyrics out loud back to him.

It was very refreshing to see and hear all the fans around where I was sitting and when I was leaving, chatting about how great it is to be able to come to an event and be yourself and not be judged and to be around like minded people. If Sivan did have a gay agenda, he can certainly be proud that it was one of raising awareness and acceptance. Many a fan from the LGBTQI+ community were there to see the show and those who don’t identify as LGBTQI+ were certainly allies for all the friends and fans around them. It was a place of belonging and it was a beautiful thing to be a part of. It will be very exciting to see what Troye Sivan’s next installment will be for the world. And we can’t wait for it to happen. 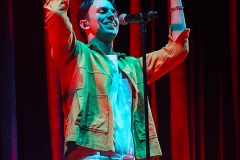 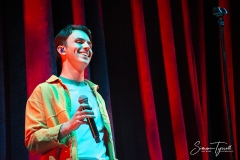 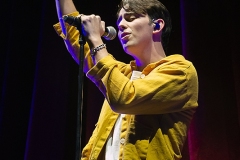 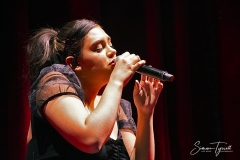 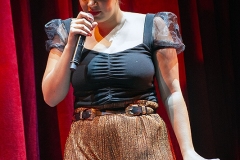 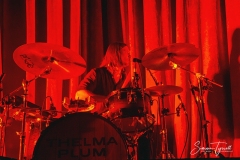 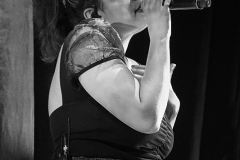 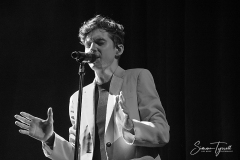 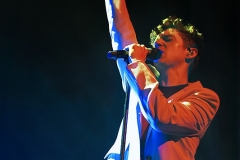 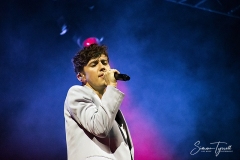 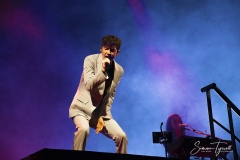 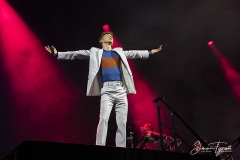 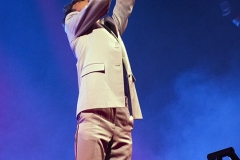 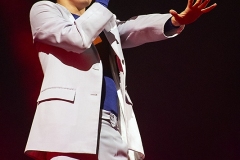 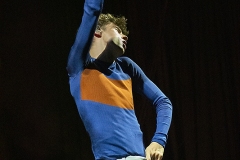 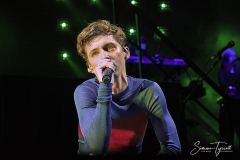 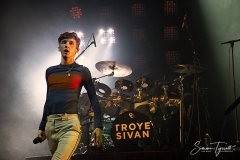