Sarah McLeod’s high-energy and enthusiastic bounce onto the stage for The Superjesus’ one of their final shows of their
Sumo 20th Anniversary Tour,  set the scene in Darwin for a magical evening full of energy, personal connection
with the fans, laughs, story-telling and familiar songs.

Despite being at the tail end of their two-month, Australia-wide tour, and despite being told by airlines they
wouldn’t make it to Darwin to perform (due to dust storms affecting Sydney airport), The Superjesus
gave all of their heart and soul to their Darwin fans, creating a home-town-performance feel for the
Adelaide-established band. The fact that bass-player Stuart Rudd’s mum was boogying away in the wings
(off-stage) added to the sense that this was a home-town gig – the band certainly connected with their
Darwin fans and mutual adoration bounced around the plastic walls of SkyCity Darwin’s Beachside
Pavilion.
The show’s start was delayed by an hour (due to the aforementioned flight problems, and Sarah’s trip
from Melbourne to Sydney to Adelaide (hooking up with the rest of The Superjesus) to Alice Springs then to
Darwin, but this was communicated to ticket holders during the day, and the crowd wasn’t fussed. A
large tropical storm had passed over Darwin before the show, with high winds and power loss in
neighbouring areas, so the band and fans were just happy to come together despite the forces of nature
pitted against them on the day.

Without a support band, The Superjesus jumped straight in with a heart-felt “Down Again” and took us
through their 1994, ARIA-chart topping debut “Sumo” album. Sarah bounced around the stage, onto the
speakers, onto the drum kit and up-close and personal with crowd. Guitar plectrums were flicked into
the crowd and fans lacking in plectrum-catching skills were given individual attention and support by
Sarah in building their Superjesus plectrum collection.

Did I mention this felt like a home-town gig?

After an hour of tracks from Sumo and a 20 minute break, Sarah kicked off the second hour (of “b-sides,
knick-knacks and paddy whacks” from The Superjesus’ extensive back-catalogue) with a solo of “Second
Sun” on the keyboard.

The energy and love rose to new heights in the second half of the show, with more signature plectrums
flicked (and collected), smiles, stories, fun, enthusiasm, empathy and appreciation all colliding and
tumbling with the tropical humidity in the cavernous marque.
This was a fun gig, which happened despite the forces of mother nature (the extremes of dust storms
and tropical storms hitting different parts of Australia) and because The Superjesus were committed to
performing to (and catching up with) their Darwin fans.

It was truly awesome to have their fantastic tour in Darwin. 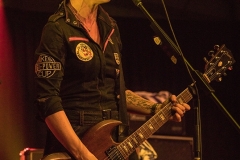 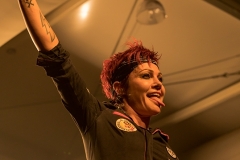 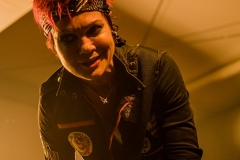 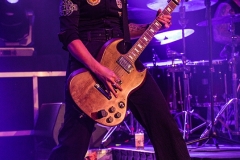 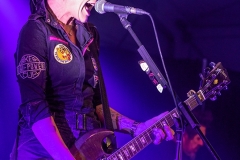 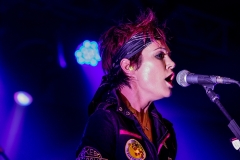 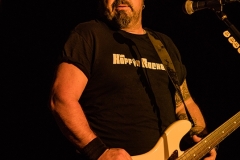 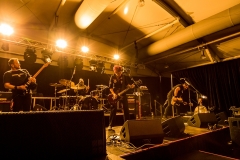 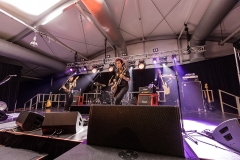 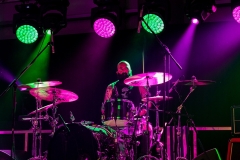 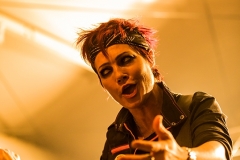 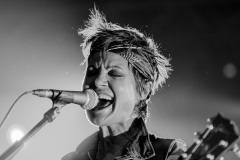 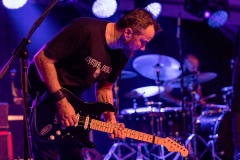 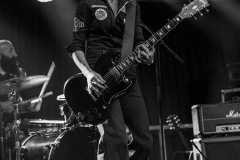 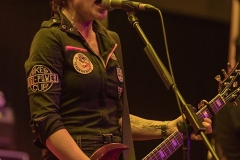 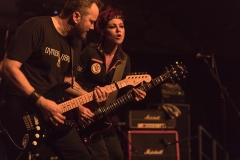 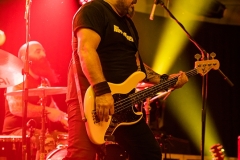 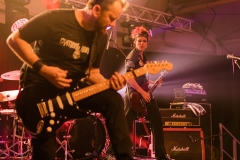 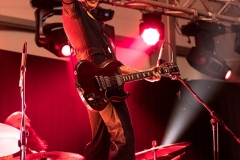 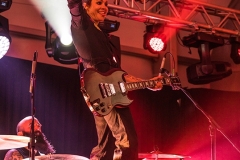 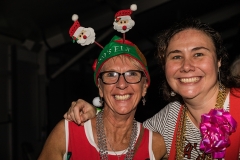 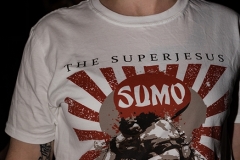 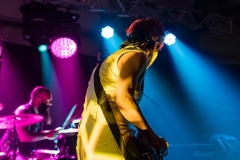 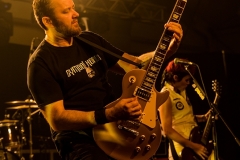