The last time The Struts graced our shores with their presence was in February this year supporting Greta Van Fleet; and due to cancelled shows, The Struts did impromptu gigs in small venues around Melbourne. In doing so they won the hearts of many a fan and played to packed out small venues that were available at the last minute.

This time the boys from Derbyshire England returned with force on their own tour for their new album “Young and Dangerous” playing a few shows in Oz before embarking on Canada and the U.S.A.

And how privileged we are to have them here. The Struts have developed quite a following since forming in 2012; and touring in 2014 across England and France which included opening for The Rolling Stones in Paris to 80,000 people. Their name and their popularity have spread like wildfire and for good reason. The 4 piece band have the most amazing stage presence and catchy rock songs; even if you have not heard them before, if you listen to their songs you start toe tapping, dancing and even singing along to the chorus by the end of the song.

Thursday night at the Corner Hotel in Richmond saw just this action that The Struts shows are known for. Front man Luke Spiller is an enigma on stage. He is an energetic performer, never stands still, gets the audience on their feet, clapping, waving their arms in the air and joining in for songs.

When the guys came out on stage, they were all dressed the part to match their glam rock style of music. Spiller ran out on stage dressed in a black and white leather suit with tassels on the jacket and glitter on his face. He greeted the crowd to thunderous applause and screams and jumped straight into their first song “Primadonna like me” a fun high energy song. Spiller’s dynamism on stage is something else. Dancing, jumping, getting up close to the fans standing at the front barrier and ensuring he covered both sides of the stage to give every fan in the house a chance to see him up close.

The next song was “Body Talks” clearly another fan favourite with whole of the Corner Hotel joining in belting out the chorus to this fabulous hit. On the “Young and Dangerous” album the song features Kesha and is a fun lively rock song that is very catchy. The drums in all the songs are amazing but this one in particular was my favourite to watch Gethin Davies belt out on the skins.

The set list for the evening consisted of songs mostly from their “Young and Dangerous” album and the boys didn’t let up even once with their stamina on stage. After “Body Talks” they jumped straight into “Kiss This”, “In Love With A Camera” and “Fire”.  During “Kiss This” Jed Elliot on bass really rocked out and was loving the crowd involvement and was standing at the front of the stage with his hands in the air clapping and encouraging the crowd to clap along.

By this point Spiller was dripping with sweat after these songs and at one point asked the crowd “Are you sweating?” which was met with thunderous cheers and applause and Luke added “because if you’re not, you’re not doing it right”.

And Spiller was certainly doing it right as halfway through the show he had an outfit change as he literally looked like he had stepped out of the shower. Absolutely soaked! During his change Adam Slack belted out an awesome guitar solo to the crowds delight and kept everyone going and cheering.

The Struts featured one cover during their set “Dancing In The Streets”. Before jumping into their rendition of this song, Spiller asked the crowd to turn to the person they brought with them and ask them to boogie and then advised to turn to someone next to them that they didn’t know and ask them to boogie as well. And of course, everyone obeyed! The Struts had the crowd under their hypnotic rock power spell!!

One of the highlights of the night was when Spiller asked the crowd who had not been to a Struts show before and who had. For the ones who had, he said “Let’s show the new guys how this next song is done and to all the new people welcome to The Struts family”. The guys then started the song “Where Did She Go” and asked the crowd to get down low. It was a marvellous sight! The entire crowd at The Corner Hotel bent down real low to the floor. When the time was right in the song, and with Spiller’s instruction, everyone jumped up in the chorus and started dancing and jumping to the song. After the crowd jumped up, Spiller was waving his arms in the air side to side which the entire crowd followed his every action that he was doing on stage. The crowd involvement and interaction in the whole show was contagious with even the security guards bopping away at the door and joining in.

On stage there was even a piano which Spiller sat down to for a handful of songs but with his high level of energy he didn’t stay seated for long for some of the songs and performed part at the piano and part on his feet continuing his dancing and jumping around the stage. There was one song however that he sat at the piano for the full song. It was a ballad called “Somebody New”. What a powerhouse song. Starts out at a regular level but reaches a fabulous crescendo and Spiller just belts the song out with such gusto and feel. It was amazing. As much as I loved the high energy songs and actions of the crowd throughout the night, this ballad was my favourite song of the night. I stood and watched in awe as I listened to the song for the first time. What a way to experience this beautiful tune, live and raw.

The last two songs of the night were “Ashes” and “Could Have Been Me”.  Just when you thought the show could not have any more energy, the guys took it up a notch and went out on a serious high and bang!! At the end of the show the crowd was going wild. Clapping, cheering and screaming. Luke, Adam, Jed and Gethin all came up to the front of the stage and took a final bow and thanked everyone for coming to see them.

What a show! What talented musicians and performers. If you get the opportunity to see The Struts live, you must do it! You won’t be disappointed, and it is the most fun night out you will have at a live performance. 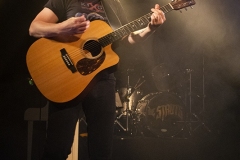 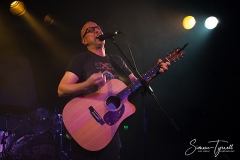 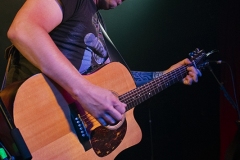 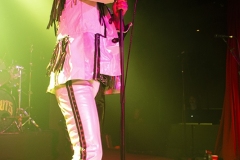 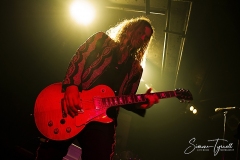 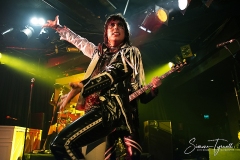 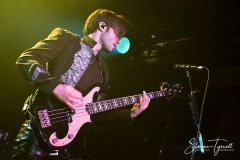 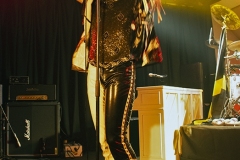 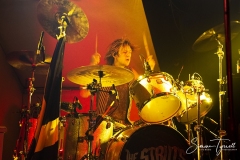 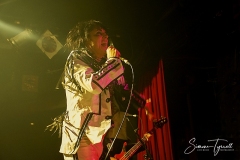 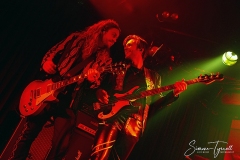 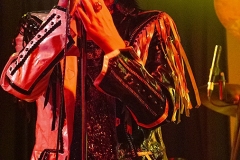 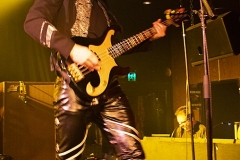 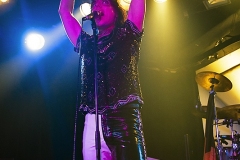 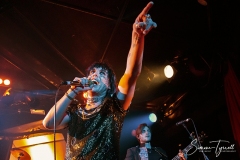 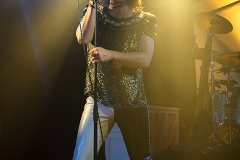 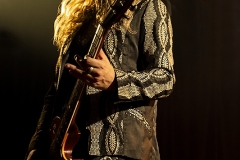 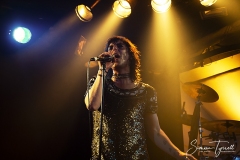 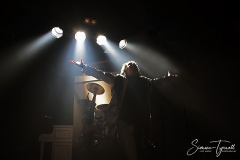