The Forum Theatre in Melbourne has recently had some stellar bands come through and play; and all to a sold-out house every time.

The Jungle Giants were no exception to this feat with thousands of fans hitting the town to come see the band from Brisbane Queensland, play live.

The Jungle Giants formed in 2011 and have been going from strength to strength since this time. The band have released two EP’s and three albums; with their most recent album “Quiet Ferocity” winning “Best Independent Album” at the AIR awards in 2018.

The band has developed a huge following over the years touring as well as appearing at festivals such as Splendour In The Grass and Groovin’ the Moo. Now they are embarking on their Heavy Hearted tour off the back of the single release “Heavy Hearted” in July of this year.

On Friday 13 September, the fans at the Forum Theatre waited patiently for The Jungle Giants to hit the stage. The crowd had DJ Adi Toohey warm up the crowd spinning her jazzy house tunes which the crowd thoroughly enjoyed. When Adi finished her set, the stage was quickly changed over for the main act.

The room went dark and the fans started cheering and screaming. An impressive light display started up and the four band members hit the stage. The band opened with their song “Quiet Ferocity” from their recent album with the same name. The song was well received by the crowd with dancing and singing along. The next song on the set list was “She’s a Riot”; again, off the album with the same name. It was clear from this song that there were many a long-term fan in the crowd singing along to the 2012 hit.

Lead singer Sam Hales then greeted the crowd and welcomed everyone to the show. Through the night, Hales talked about the bands journey and playing live and mentioned that they also used to come to the Forum to see their favourite bands play to sold out shows; and to now be playing at the Forum to a sold-out show was amazing.

The Jungle Giants then jumped into their next two songs “On Your Way Down” from the album “Quiet Ferocity” and “Skin to Bone” from the 2013 album “Learn to Exist”. The band continued this flow for the entire show of jumping from current songs off their recent album and threw in hits from all their past albums.

The Jungle Giants played an impressive 14 song set which included other songs and hits such as “Devil’s Play”, “I Am What You Want Me To Be”, “Feel The Way I Do”, “Used To Be In Love” and the new hit single “Heavy Hearted”.

The crowd’s energy grew more intense as the night went on. Fans were up on each other’s shoulders, dancing on the packed floor, dancing in the isle ways and by the bars. Hales encouraged the crowd throughout the show to have their hands in the air and to clap and gave the crowd plenty of opportunity to have just them singing to the music.

Cesira Aitken on lead guitar and Andrew Dooris on bass provided impressive riffs and solos whilst being active on stage jumping around and coming down to the front barrier to give fans a close-up experience and a chance for some awesome captures on their phones. Keelan Bijker on drums had a wicked light display happening behind him which gave the crowd the opportunity to see him lit up while rocking the skins with passion and excitement.

At the end of the set, the band left the stage and as expected, the fans started screaming and cheering for more. Hales, Aitken, Dooris and Bijker happily obliged and came back out on stage to thunderous applause and cheers. Hales thanked everyone for the love and the band performed two more songs; “You’ve Got Something” and “Bad Dream”, again leaving fans with mixing it up with an old hit from 2012 and a new hit from the current album.

It is very easy to see why The Jungle Giants are selling out their shows on The Heavy Hearted Tour. It’s a fantastic tour celebrating their songs across the eight years of their music career. The fans are just loving it and are wanting to see them play again and again. 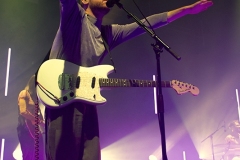 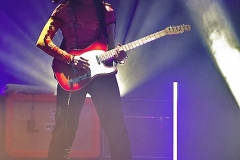 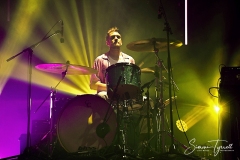 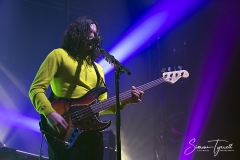 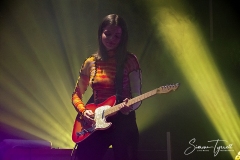 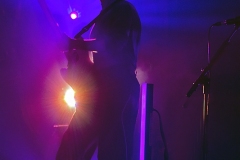 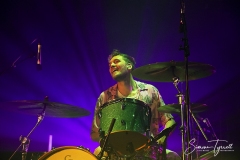 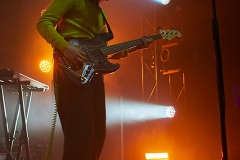 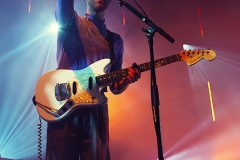 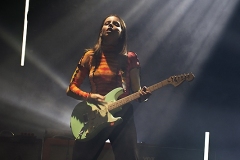 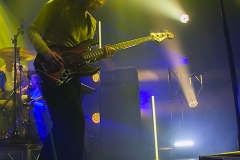 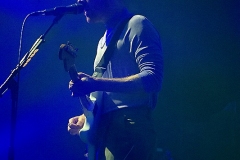 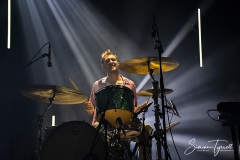 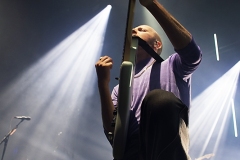 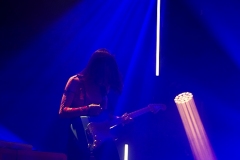 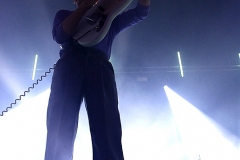 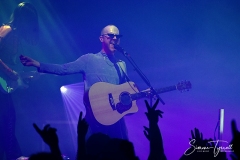 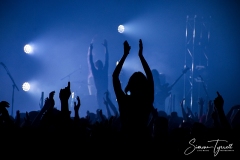 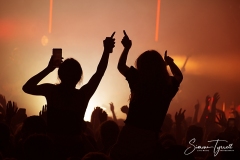 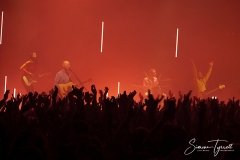