It was time to come out of hibernation. Winter can feel like it goes forever in Melbourne and we are ready for things to heat up a little.
It feels like forever (if forever exists) since we’ve had something new from The Butterfly Effect, but the powerhouse from Brisbane were here on the back of their new single ‘Unbroken’. A sold out Forum Theatre was the perfect way for the boys to finish this long awaited tour around the country
that loves them so.

Kicking off the night would be fellow northerners These Four Walls. It’s always a tough gig opening an evening in a reasonably large venue as a small section of the crowd slowly make their way in. This didn’t seem to put the lads off as they would pour heaps of energy into their performance.
There were plenty of riffs and rock moves as they made their way through a short set. The playing was tight and the harmonies were bang on. They even pulled out a bit of Led Zeppelin to get the crowd warmed up.

Next up were another band from the warmer climates up north, Hammers. By the time they hit the stage, the Forum was starting to look pretty full. Hammers smashed out a fantastic set of stoner/blues/heavy rock. Lead singer ‘Fish’ was an engaging front man as he would wander menacingly around stage and occasionally throw in a huge jump to emphasise a riff. I was chatting to some punters trying to figure out who these guys reminded me of and we came up with another Aussie hard rock act, Mammal. A great performance that included a bit of Rage Against the Machine’s ‘Born of a Broken Man’ for good measure.

The stage was set and the sold out Forum crowd were more than ready to be effected as the anticipation hit fever pitch. The band hit the stage and kicked things off with ‘Filling Silence’, a song that gives you a great insight into what the band does best. Ambient moments mixed with monster riffs and soaring vocals. Next up were ‘Crave’ and ‘Always’, two more tracks from their debut album. It didn’t take long for the mosh and crowd surfing to start and it kept going for the duration.
By the time the band kicked into ‘Window and the Watcher’ the crowd were fully immersed in the show. I’m not sure I can remember a show where the crowd sung word for word as much as this one. There seems to be a deep connection with their music/lyrics and their fans, proving why they are much loved and had been so missed. There would be a great and fan pleasing mix of tracks from the bands quality catalogue through
the night. The new single was introduced by Clint Boge with an encouragement to look after each other and a mention that there was more new music to come. It’s difficultly to say if there was a fan favourite from the set, but tracks like ‘A Slow Decent’, ‘Gone’ and ‘Reach’ from the amazing album Imago were all belted out by the crowd.
The lighting show added to the spectacle of the night. It was a huge rig and the results were stunning. They would finish the main set with ‘Aisles of White’ and take a brief moment for the band and crowd alike to regain their breath. For the encore, they smashed out ‘World’s on Fire’
and ‘Room Without a View’ from the more prog tinged album Final Conversation Of Kings. t was everything and more than you’d hope for when seeing a band come back after a long time away. The passion the band poured out on stage was matched by the punters that had being dying
to see them again. Very satisfied fans were leaving the Forum fully effected and ready for the next chapter from this amazing band. 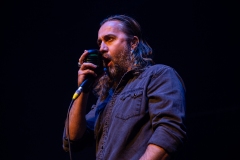 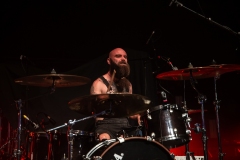 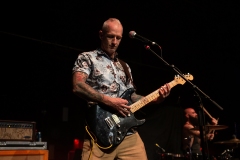 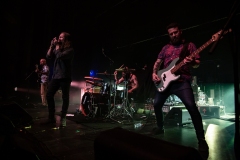 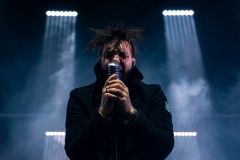 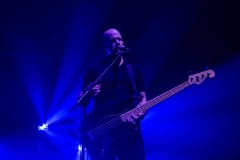 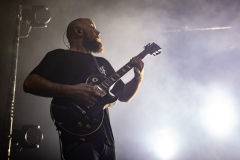 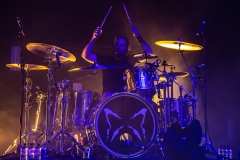 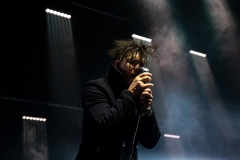 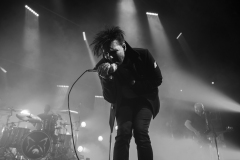 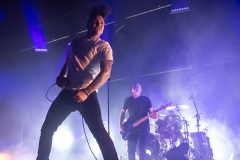 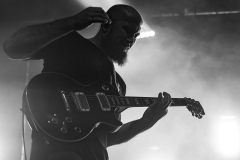 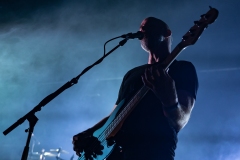 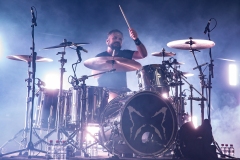 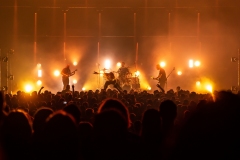 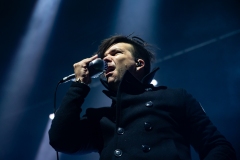 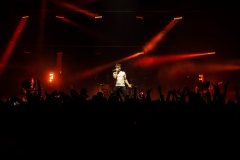 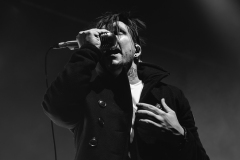 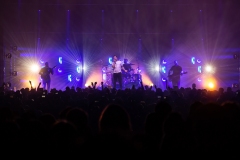 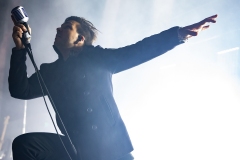 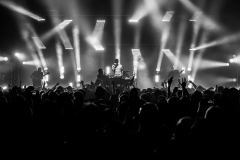 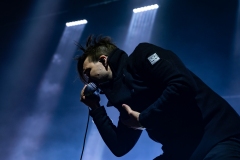 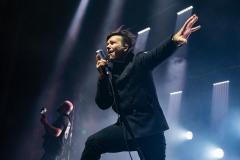 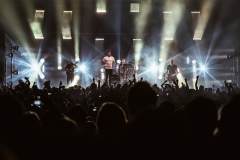