I think I just witnessed a defining moment; not only in the lives of Mike Kerr and Ben Thatcher, but in music history.

Last night I was one lucky Melbournian lass. My ears are still ringing from the aural bliss that was produced under the roof of Margaret Court Arena.
Starting the night with the Perth Quartet (and my winner of the best band name ever ) “ Psychedelic Porn Crumpets”, they managed to get the small crowd that were already in the Arena, ready for the night ahead. Psychedelic they were with melodic guitar solos supported by heavy beats and cracking drums. The only disappointing thing was the lack of interaction with the audience, but with saying this, they did captivate the crowd with their hard bass tunes and long sweeping hair.
Then The Polish Club got on stage and the dynamic went into overdrive. The Sydney duo made up of David Novak and John-Henry Pajak, made sure that everyone knew that they were deserving of their spot on tonight’s bill. Gutsy vocals and tight drum beats accompanied with funky hard rock guitar rhythms, made you believe that there were more musicians on stage. Even Pajak’s comments of Sydney bands being better than Melbourne bands were forgiven when songs from their latest release as well as the ARIA nominated debut album were played in the mix. The dirty gritty rock with such a soulful edge is what makes this band so unique. If Amy Winehouse was a man, this is what she would sound like. Definitely a contender for the most played band this week on my Spotify list.
After what seemed like a blink of an eye, Ben Thatcher and Mike Kerr waltzed on stage to a thunderous applause from the mixed age concert goers. And then it got LOUD! And the crowd loved it. Crowd surfing started straight away and the security certainly had their hands full. Mike Kerr’s bass playing is masterful and what he can do with those four bass strings is awe inspiring.  Talent such as his is rarely seen these days. Not only playing lead bass, his vocals are strong and commanding. As the front man, Kerr (even though stating he needed to talk to the crowd more), was imperious and entertaining. With a few “fuck offs” thrown in when the front of the crowd were hoping for a “shoey”, he certainly made the crowd grateful they were there last night. But we mustn’t forget the pure raw talent of Ben Thatcher on drums. Drummers are usually set at the back of the stage where the beat keepers rarely get involved in the crowd participation. But Thatcher, even though being a man of very few words last night, certainly broke that stereotype.  His solos and the impeccable sound engineering of the kit, proved why this band is just going from strength to strength. When you have two amazingly talented musicians on stage, why would you need any other musicians. Like other successful two piece bands before them (the White Stripes, The Black Keys) these guys are certainly breaking the norm and giving every full piece band a run for their money. And whilst we are talking money… Have mine Royal Blood.- All of it… . You certainly deserved every cent you earned last night. You left absolutely nothing on stage last night. I will be waiting in anticipation for your next release and tour. But no doubt it will be in bigger stadiums because I can’t imagine that Margaret Court Arena will be big enough if you keep playing like you did last night. 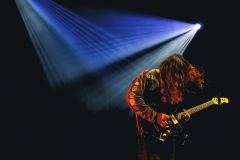 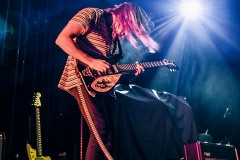 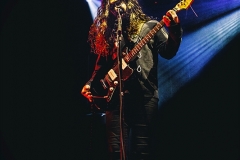 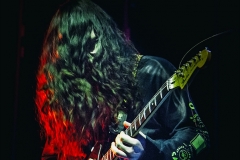 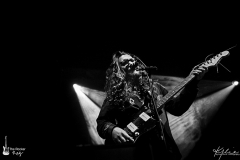 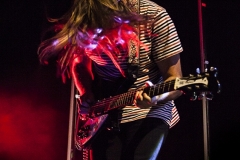 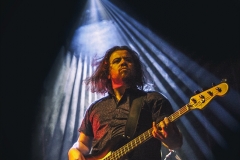 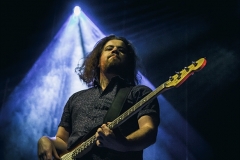 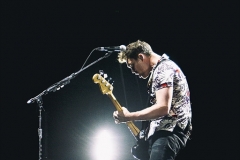 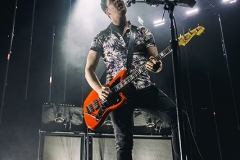 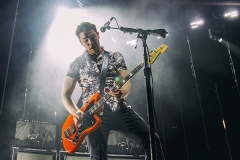 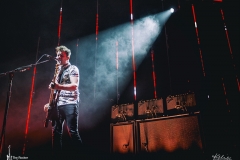 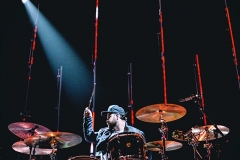 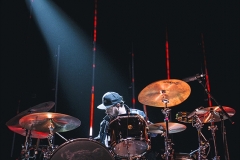 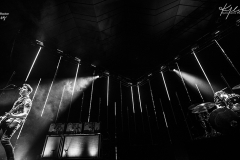 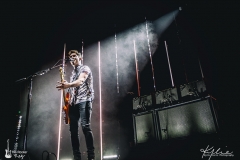 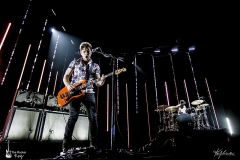 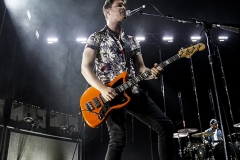 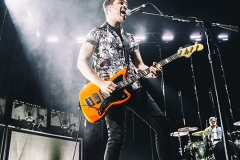 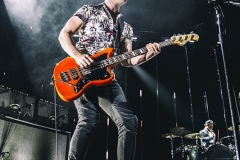 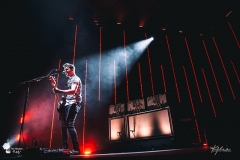 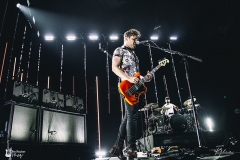 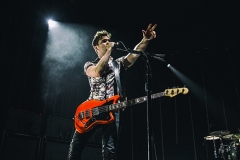 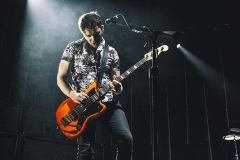