The Red Hot Summer Tour has been reigning supreme in day festivals for a decade now and has no signs of slowing down. This year’s phenomenal line up consists of Boom Crash Opera, Killing Heidi, The Baby Animals, The Angels, The Living End, James Reyne and the recently reformed Hunters and Collectors. With a line up like this, you are guaranteed to be entertained by some of Australia’s best musicians and bands. With superb venues around Australia hosting the tour, the are no excuses to miss the 10th Anniversary of Red Hot Summer Tour.

Today was Victoria’s turn to heat it up at Mornington Racecourse. A beautiful sunny and surprising clear day, (after all the bushfire haze over the last few weeks) welcomed punters to the racecourse. Full facilities were on offer; water stations, food trucks, booze tents, merchandise tents, even smoking areas for those that must light up.

It takes a great band to get the party started and there is no uncertainty as to why Boom Crash Opera were chosen as the opening act. As you listen to BCO, you realise just how many hits they had and how they are still brilliant to see live. They certainly got the early comers up and dancing. It is so nice to see Dale Ryder back in the driving seat where he belongs. The chemistry is obviously still there!

Second up were Killing Heidi who never fail to deliver. Fronted by the very engaging Ella Hooper, Killing Heidi are definitely a welcomed addition to this years RHS Tour. Playing later this year with The Baby Animals, if you haven’t seen them live before, now is the time to grab some tickets to this gig. Killing Heidi were once again one of my favourites on the bill and they didn’t disappoint the fans and even gained more followers after today’s performance.

You can’t have an Australian music festival without the glorious The Baby Animals. Led by the sublime Suze DeMarchi and Dave Leslie, The Baby Animals make performing look easy. Playing a range of their hits, The Baby Animals had the crowd just were they wanted them … wanting more. The smooth tones of DeMarchi and the superb playing from Leslie makes this a band that you just want to see more and more. Check out the band site for further details on the upcoming tour with Killing Heidi.

With over 40 years of history, The Angels sauntered on stage to a rapturous applause. With many die hard Angels fans in the crowd, it was no wonder the standing section at the front went from crowded to squashed. Lead Singer Dave Gleeson’s antic certainly add to the popularity of the band and never fails to entertain the crowd with his performing faces and superb vocals. Always a delight to watch, the ever stoic Brewster Brothers seemed to really enjoy today’s performance as did the crowd. There is nothing more entertaining then hearing the crowd do the call back to “Am I ever gonna see your face again?”. It never tires.

A huge drawcard to this year’s festival were Melbourne locals The Living End. Never putting on a dull performance, the three piece are one of the most thrilling bands to see live. Getting better with age, their energetic performance once again was the highlight of the festival with many saying that they should have been the headliners. Not only are these guys entertaining, engaging and a pure delight to watch, their back catalogue of hits is extraordinary. The only disappointing element about today’s performance, was that it wasn’t long enough. I could watch these guys play over and over. It not hard to see why they are Australia’s favourite rocking sons.

Bringing the beach vibe back to Mornington was Australian Crawl lead singer James Reyne. It would have been a hard gig to follow The Living End, but Reyne managed to pull his fans to the front with no problems. Playing a range of tunes from his Aussie Crawl and solo career, Reyne had a tight band supporting him and making his set memorable to his loyal fans.

Making their comeback to the stage as Hunters and Collectors, Mark Seymour led his mammoth band to an ecstatic applause from the sold out crowd. With a huge catalogue of hits spanning their almost 20 year career, H&C were certainly a drawcard for today’s crowd. The serious Seymour led the band with hit after hit and still felt at home on stage. There is something about H&C that takes you back to another time and place, though lyrics with some of their songs are ringing more true these days. It is always a pleasure watching Hunters and I’m glad that I got to see them on this tour.

Today’s event included the Red Hot Summer Tour ‘Wheel of Fortune’ that saw punter Dianne win $1k in cash and also a celebration for our CFA volunteers who later walked through the crowd with donation tins which no doubt were overflowing by the end of the day.

Overall, The Red Hot Summer Tour is superbly run with top venues and always an awesome line up providing a great day out for all. Tickets for the tour can be found at www.redhotsummertour.com.au. Few tickets remain so get on to it pronto. 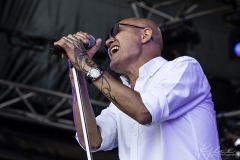 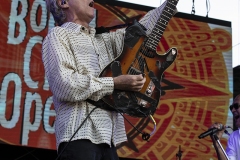 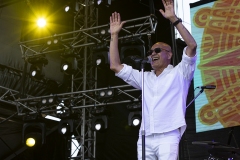 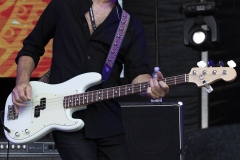 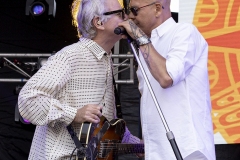 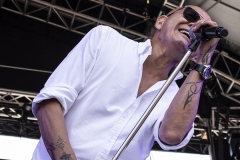 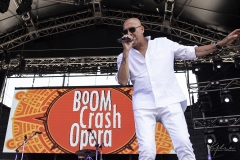 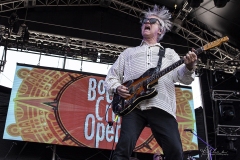 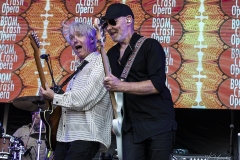 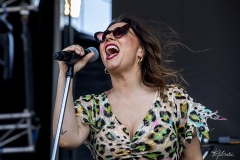 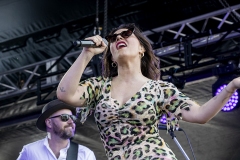 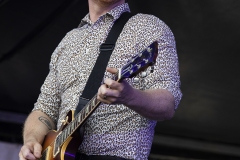 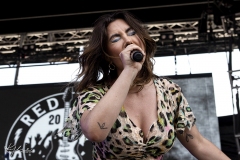 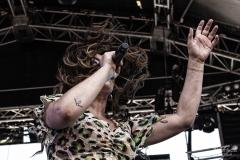 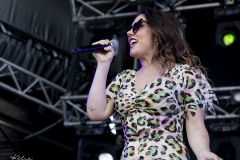 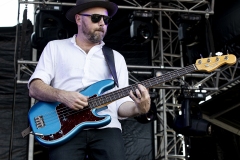 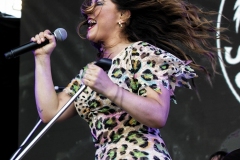 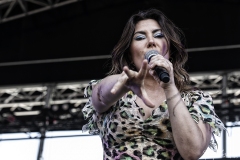 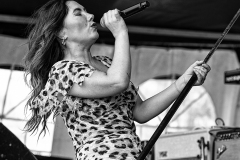 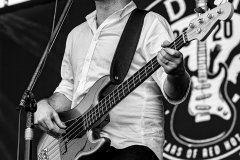 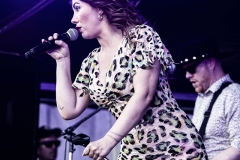 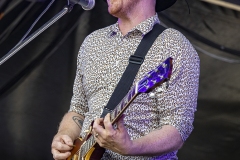 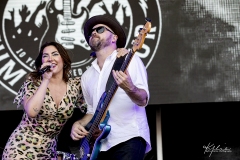 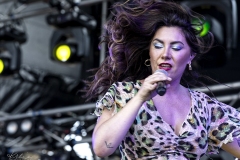