In the past few decades we have lost some incredible musicians. The greats of all time. Artists such as Freddie Mercury, Prince, George Michael, David Bowie, Aretha Franklin, Chrissy Amphlett to name just a few.

These artists have not only been a huge influence on their fans but to other musicians as well who were inspired to become musicians due to these greatly talented stars. We have a few Aussie artists currently hitting the gig circuit and paying homage to the great musicians of our time.

Lee Harding is one such musician who is currently doing a run of shows; Mystify – The Songbook of INXS, to pay tribute to Michael Hutchence of INXS.

Harding became a household Australian name after his appearance on both Australian Idol in 2005 and The Voice in 2019. Harding has said “There have been many rock stars who have influenced my life, but INXS, they changed my life”.

On Wednesday night (4th December) Harding played his Mystify show at an iconic little venue in Melbourne; Birds Basement. Bird’s Basement is a sit-down venue where you can arrive preshow and have dinner and drinks and then be entertained for the night by some great music. The show was a sold-out event and it was no surprise as to why. Harding embodies Hutchence to a tea. With his sultry voice and stage persona Harding does the INXS songs; and tribute to Hutchence complete justice.

Harding was playing two sets for the night. The first set was an acoustic set and the second set a higher energy set with a band.

A really lovely touch to the show was that Harding told stories in between each song to give a bit of an insight or history about the song he was about to play. These stories either came from facts that had been a part of the recently released Michael Hutchence documentary; MYSTIFY: A musical journey with Michael Hutchence or just his own experiences with the song and it’s meaning to him.

The acoustic set saw Harding playing some percussion instruments such as a tambourine and shakers whilst singing during the songs while fellow band member played the guitar. The set gave the opportunity for Harding to have a more up-close experience with the audience and really got the chance to talk to the crowd. From the crowd’s response it was easy to see that they found Harding very personable during the show.

At the end of the acoustic set, Harding told the crowd that there would be a break and then he wanted to see everyone get on their feet and dance during the next set. When Harding and his band came out on stage for the second set, the crowd obeyed Harding’s request and several people got up from their chairs and tables to have a dance to the INXS hits that Harding was belting out with gusto. The audience were also happily belting out the tunes along with Harding and the band proving why this show was always going to be such a success.

The hits INXS had spanning the time while Hutchence was front man will never be forgotten.  Majority of their songs are Australian rock classics which still get significant airplay to this day. When we have artists like Harding in our midst, we are blessed that our Australian music history will never be forgotten and will always live on. Be sure to keep an eye out for dates of this run of shows as you will definitely want to get a long and see Harding perform these classic hits. Harding’s voice is not one to miss. You will absolutely love this tribute to a fabulous man. 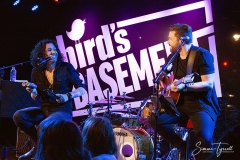 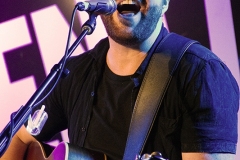 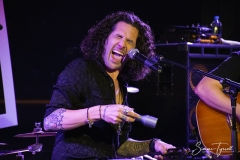 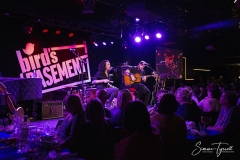 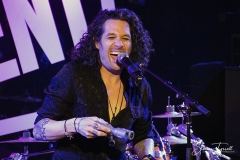 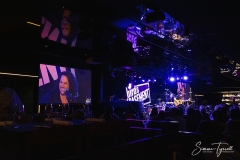 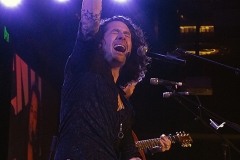 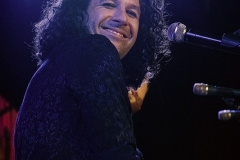 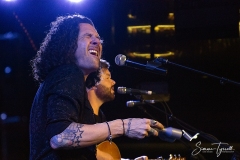 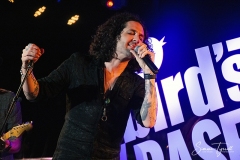 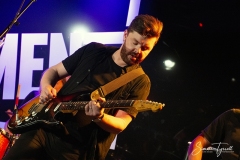 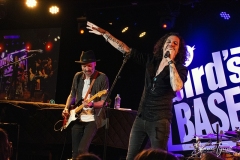 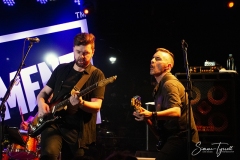 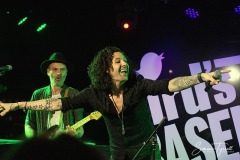 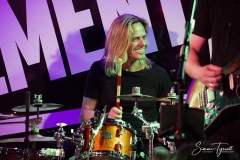 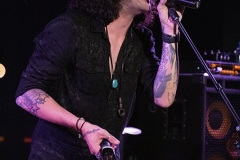 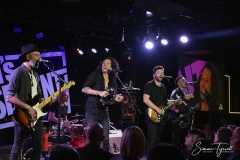 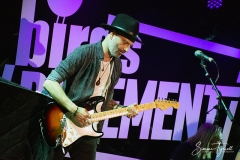 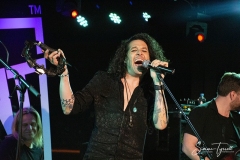 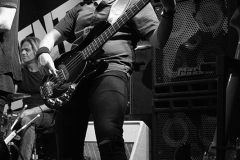 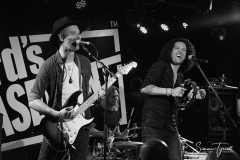 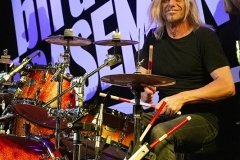 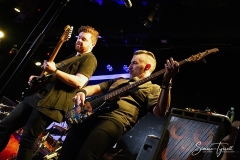 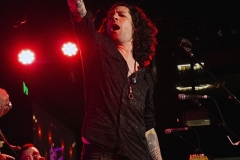