With Melbourne finally letting go of the winter chill, the live music scene is warming up, as bands from near and far come out to play.

Australian alt-rock band, Kingswood, is touring to show off some new singles from their soon-to-be-released third album, which follows their second album, “After-Hours, Close to Dawn”. The band have a loyal Melbourne fanbase, reflected in the sold out show at The Night Cat.

This venue is unique as the stage is in the centre of the room, treating the audience to a 360 degree view of the band. The opening act, The Jensens, lightheartedly acknowledged that the fans could see their behinds as they kicked off with an upbeat pop song called ”Fears”. Despite a few false starts, The Jensens pressed on and weaved their way though an eclectic mix of songs, including singles such as, “Four Chambers” and “Mount Mura”.

The crowd was starting to hum as 21-year-old singer-songwriter from Melbourne, Samsurah, took to the stage with her band. Samsurah hit the ground running from the get-go, effortlessly shifting from one song to the next, and nailing the diverse and impressive range of musical genres demanded by her set list. From indie pop tune, ‘Crash Boom Pow’, and the grungy bass and guitar hooks of, “The Beginning”; to tracks from her “Elysian” EP, Samsurah owned and worked the stage with the sassiness and authority of an artist far beyond her years, and the crowd loved it.

Kingswood was welcomed by a full house and the home crowd was ready. It might have been 11:45 pm when they came on, but there was still an atmosphere of excitement and anticiptation.

Starting with “Creepin”, the crowd sang and started dancing as the fuzzy bass hook kicked in. Kingswood stepped it up a level by playing crowd favourite “Ohio”, and the fans went wild when they hit the first chorus. From there, the energy in the room didn’t waver. The synth laden and multi-part harmonies of ICFTYDLM, followed by the raucous, heavy guitar riff driving song “You Make it So Easy” (their latest single release).

At this stage, the singer, Fergus Linacre, was handing the mic around to punters to sing along.  In between songs, they interacted with their fans and kept things grounded, acknowledging their mums were present and cheering them on, and taking time to celebrate a fan’s birthday onstage.

The atmosphere was rock ’n roll – Fergus Linacre screaming into falsetto, and Alex Laska playing his guitar licks and solos like a man on fire, Justin Debrincat, Braiden Michetti, and Michael Belsar were in the pocket. They worked through some of their back catalog like Ready Steady, Micro Wars, and Golden. The sonic earthquake of Medusa transitioned into another new track Snakepit, a dark grungey riffage that bursted into a melodic chorus and multi-layered harmonies that is the trademark Kingswood sound.

By the end of the set, the crowd were screaming for more. Alex returned for the encore with his guitar singing, “Big City”, and the rest of the band jumped back in. With the crowd singing along, they dived into “Cigarettes” and another new single “Say You Remember”. By now, it was past 1am, and crowd was still dancing, stage diving, and fist pumping like it was never going to end.

Kingswood demonstrated the meaning of a dynamic rock show. From hearing some of the new songs, there’s a sonic intensity and harder edge from previous releases, without losing their distinctive sound. I can’t wait to hear their new album! 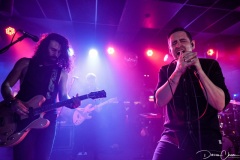 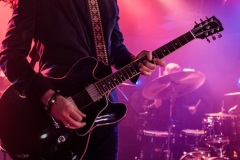 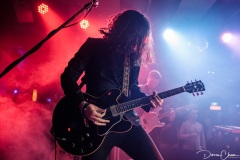 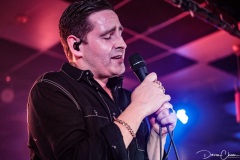 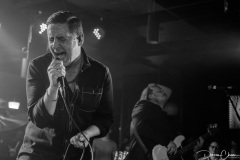 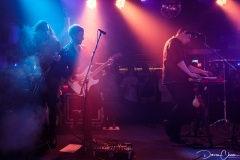 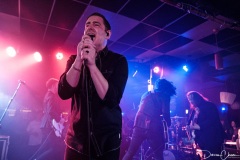 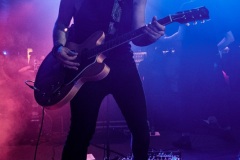 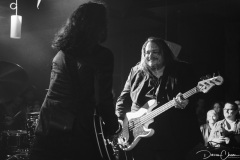 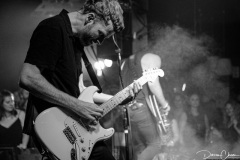 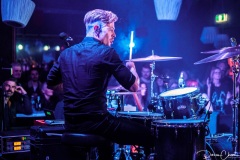 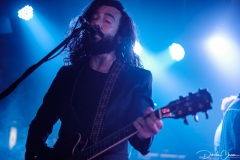 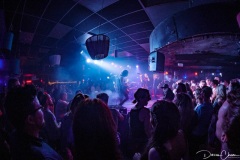 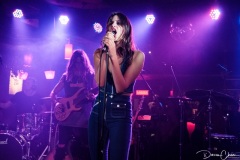 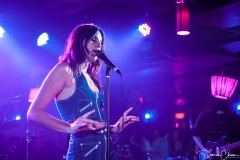 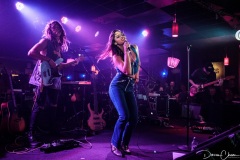 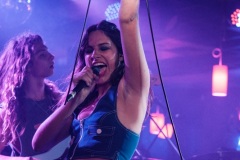 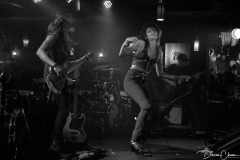 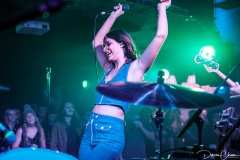 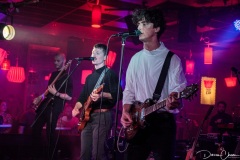 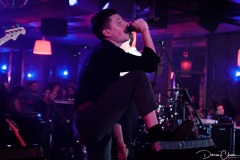