It was a balmy/steamy summer’s day, but we’d not long ago had hail the size of golf balls and it was currently raining cats and dogs as the doors opened to the Croxton on this Monday night. This felt somewhat appropriate to set the scene for Frank Carter and the Rattlesnakes, a band that is about as predictable as Melbourne’s weather. Led by Carter, this hectic and heartfelt band were here as part of their ‘End of Suffering’ tour.

First up in the rapidly filling Croxton band room were local act Psychobabel. Self described as just your average garage, pop-inspired, conceptual, heavy horror-fuzz punk band. This seems just about right as they stomped through their set. With very little chat or interaction from the band, it would seem that they prefer to let their music do the talking. It mattered little as a quick scan of the crowd saw plenty of feet tapping and heads nodding.

Next up we had the garage punk/rock stylings of A. Swayze and the Ghosts. Their entry to stage and opening made it seem like they were the headline act. There is a confidence and swagger about this band from Tasmania that strikes you immediately. Lead singer Andrew Swayze is captivating as he saunters around stage. They would deliver a high energy, high quality and enjoyable set.

The curtains were drawn across the Croxton stage to prepare for the headline act. This seemed to help build the anticipation for what was to come. The room was now packed and there was definitely electricity in the air. When the curtain was pulled back and the lights went down, the crowd went wild. To be perfectly honest, the first few songs were a bit of a blur. Frank and the Rattlesnakes hit the stage and hit it hard. In the blink of an eye, Frank was on the crowd, in the crowd, and on the bar at the side of the packed room. You get the feeling that there are a select few people around the world are just born to be out front of a rock band. There is no question that Frank Carter is one of those select few. You can’t take your eyes off him. Frank told us, as he was making his way through the crowd, that they would deliver a show that we hadn’t seen before. You knew straight away that this wasn’t just hot air.

These guys throw everything at the performance. How they manage to throw themselves around and play note perfect is a thing to behold. If you were just watching, you’d see the punk rock band that is dangerous and unhinged. But then if you close your eyes, you’d hear a band in complete control of their instruments and sound.

After a handful of songs, Frank directed the crowd to clear a space for an all female mosh pit. All the men around the pit were instructed to guard these ladies with their lives. Throughout the night he would routinely check in with the crowd to see if everyone was ok.

Later on Frank would dedicate their next song to his daughter who was unwell at home in the UK. He proceeded to Facetime call her from the stage and have the crowd wish her well. The band then ripped into ‘Lullaby’ with Frank performing the song to his daughter over the phone.

It’s quite something to go to a punk rock show where you can go from saying aw that’s so sweet, to screaming along to ‘I hate you’. It was filled with both sweetness and sweat.

As promised, the crowd will have walked away from the amazing show having seen something they hadn’t before.

If you are a fan of live rock music, Frank Carter and the Rattlesnakes are absolute essential viewing. 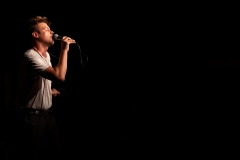 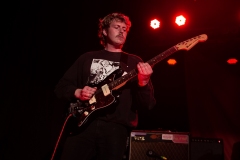 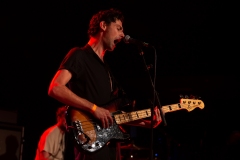 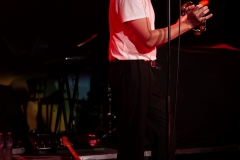 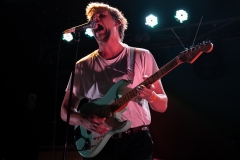 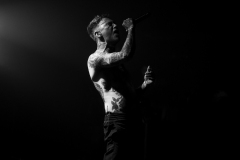 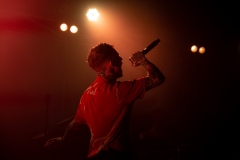 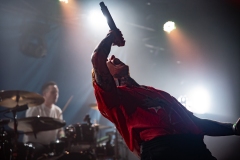 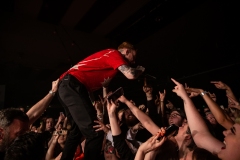 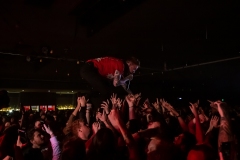 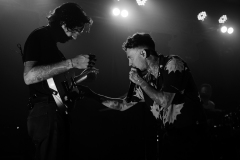 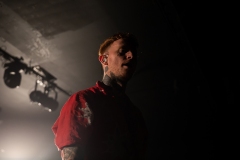 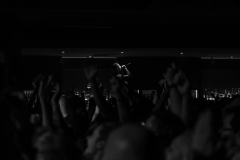 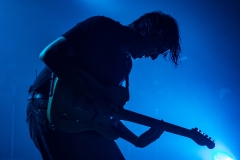 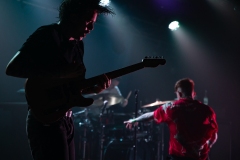 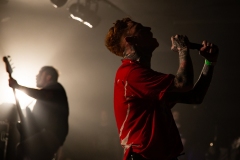 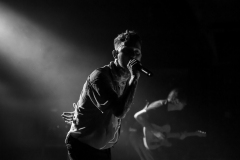 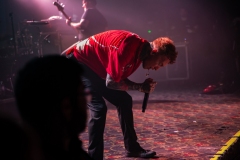 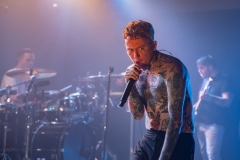 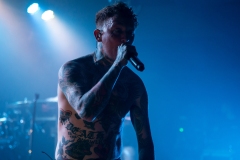 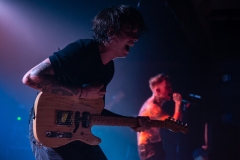 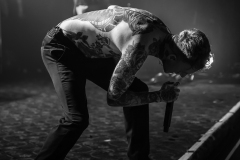 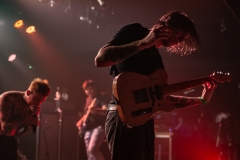 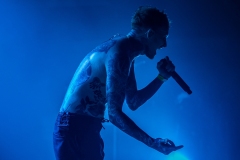