A chilled vibe continued throughout the third day at Falls with festival goers and new comers moving between the two main venues, the Grand Theatre on top of the hill and the Valley Stage at the bottom of the small valley, to savour the amazing variety that the day and lineup had to offer. Today’s lineup was another cracker for the audience, with a majority of Australian artist that included Amy Shark, Jack River, Vance Joy and Hilltop Hoods. As the audience numbers grew compared to yesterday, the performances stepped up to the plate and delivered another fantastic day at Falls.
Soccer Mommy
It was still a fairly quiet and timid crowd as Soccer Mommy, the US rising star from Nashville, took to the Valley stage. Known for her melodic rock numbers, the lead singer Sophie Allison shared her story telling lyrics and moody tunes with her audience, and matched the mood of the hour. The festival goers, initially reserved and curious about the international guest star, warmed to her style quickly and started gathering and moving to her calm but rocky mix. In response, Soccer Mummy played up her popular numbers and engaged the fans, helping them to keep warm on this dreary and cold day. Especially her number “I’m not your dog” was popular with the crowd.

Walking up to the Grand Theatre from the previous performance of Soccer Mommy, the audience was curious to see what Little May had to offer. And the not-so-little band had something to show. From a great visual set up and performance, the 5 head band who had previously played at Falls, brought a show worthy performance with their fresh rocky numbers that the audience clearly enjoyed. The growing crowd warmed up to their indie pop repertoire that gave their fans something to remember them by.

The crowd poured towards the stage, eager to see their anticipated WA lineup, Tired Lion. The widely acclaimed rock band dished up their famous meaty and rocky beats to an ever increasing crowd of fans, who were ready to rock it out and warm up.
Hitting it off with one of their rocky tunes, the Perth band had the crowd dancing within moments, clapping along to the beat and really getting into it. It was an amazing performance, drawing a huge crowd to the valley stage, and a very passionate performance in front of the stage to match.

Jack River came, sang and captured all hearts in her second ever Falls performance. The Sydney musician had the legions of fans in her thrall shortly after she stepped onto the Valley stage. The nationally acclaimed artist gathered and engaged a massive crowd with her joyful personality and her gripping and catchy songs. The fans responded in kind and visually and audibly joined her songs with their voices and show of hands. The amazing artist also made Falls history today when she asked the audience to pass rubbish to the front for collection during one of her songs. The audience responded unexpectedly enthusiastic and started throwing some of the cans at the stage, causing a hype of activity for the rubbish collectors
Jack River, who was truly humbled by the crowds turnout, had her crowd eating out of her hands. Hundreds sang along to every song. The highlight of her set was the band’s cover of Tal Bachmann “she’s so high”, and the whole festival sang along, echoing far and wide across Lorne valley.
Amy Shark
One of the most anticipated gigs tonight was Amy Shark, who’s performance was as genuine and personal as it was savvy. The quickly rising star from the Gold Coast, who won several awards at this year’s ARIAs, showcased her experience and delivered a performance that left no doubt about her talent and future success. The internationally acclaimed musician played and catered for her legions of fans, opening her first ever Falls appearance with the famous anthem from Le Miserable, setting the stage for the epic gig that was to come. The Valley stage arena was jam packed with an eager following, who lapped up all Amy had to offer, singing and jamming with her throughout the set of passionate and personal songs.
The result could be heard and felt across the grounds. Amy Shark, who thanked the audience for being “the best”, relished the responsive crowd and shared some personal stories to a crowd that relished her honesty. Her soft vocals and heartfelt music will surely be heard again in future at Falls if her fans have their way. One may hope.
Dermot Kennedy
Dermot Kennedy, the Irish singer songwriter, pulled his fans in against a backdrop of Amy Shark on the Valley Stage, and showed his fans, who had braved the climb up to the large Grand Theatre against the cold wind, what he had to offer.  The dedicated crowd welcomed Dermott eager to the stage. And they were not disappointed. With his powerful songs and his famous mix of Irish folk and pop, the talented and internationally renowned artist charmed his way to his fans hearts trough his powerful vocals. His fans swayed to his ballads and sang along to his most popular numbers, making this performance an underrated gem.
Vance Joy
The happy and captivating guitar and ukulele player really struck a chord with his fans tonight, and while hundreds of fans swayed and sang their hearts out to his heartfelt lyrics, he showcased his passion for his craft.
Their enthusiasm matched his, and within a few moments both had created an atmosphere that held everyone captive, and makes Falls Festival the special music venue it is today that draws in amazing talent like Vance.
Interpol

Suit clad band Interpol, another international guest to grace our festival, presented a calm and laid back performance for their waiting fans.
Stopping in Australia during one of their world tours, the band led by frontman Paul Banks made new fans as they presented their version of post-punk and rock music to a captive audience.
With the sun set, the light show and stage set-up accentuated their edgy style and added to the atmosphere.
Hilltop Hoods
Hilltop Hoods are always a great festival band and tonight proved no different. The crowd packed in like sardines to the Valley Stage to see the energetic Aussie rappers. Sporting a brass section and usual DJ Debris, the Hoods played to a responsive crowd. Jumping from side to side, playing all their award winning hits, the were definitely a favourite on today’s bill. You can see why they are always a popular act on any festival line up. 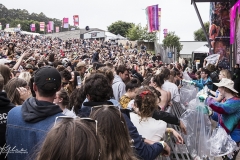 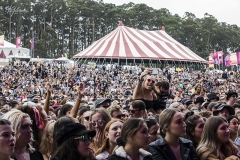 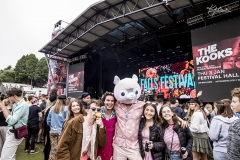 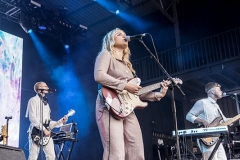 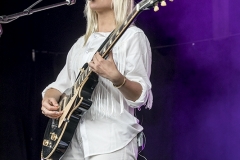 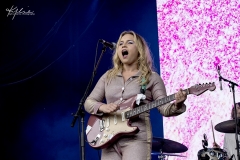 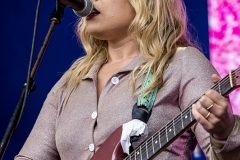 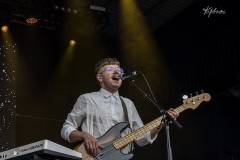 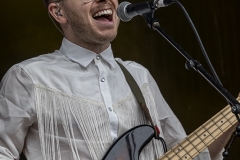 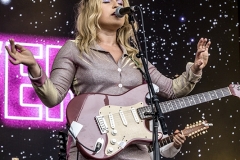 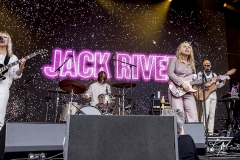 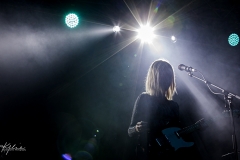 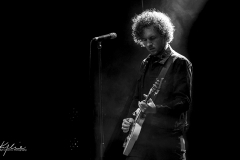 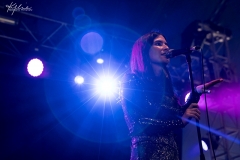 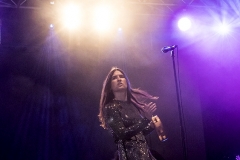 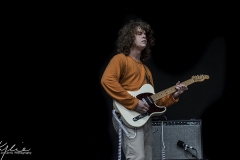 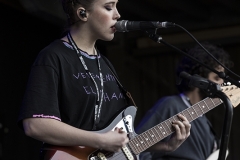 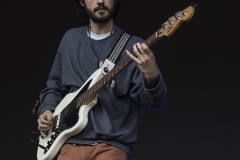 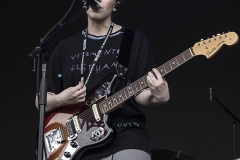 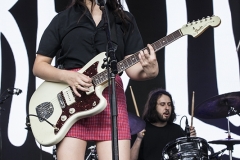 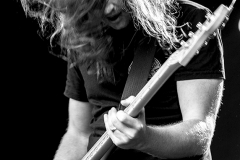 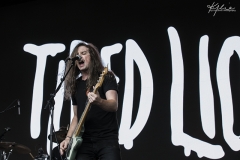 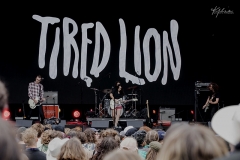