The Download Festival was originally brought to life as a follow up to Monsters of Rock festivals in the UK. Since then, the festival which has predominantly been held in the UK, has recently seen it travel to France, Spain and thankfully Melbourne Australia Saturday.

With the Melbourne line up including some of Download’s veteran bands, the only disappointing factor on Saturday was Melbourne’s bi-polar weather. The only place in the world that you can be saturated one minute and reaching for sunscreen the next.
Festival goers were treated to the unreal line up:
Korn, Prophets of Rage, Limp Bizkit, Mastadon, Good Charlotte, NOFX, Falling in Reverse, Suicidal Tendencies, Gojira, Amon Amarth, Arch Enemy, Neck Deep, Sabaton, Hot Water Music, Of Mice and Men, The Story so Far, Northlane, Trophy Eyes, Nails, Issues, Bad Cop/Bad Cop, Ocean Grove, Psycroptic, King Parrot, Clowns, Chase Atlantic, Make them Suffer and High Tension.
Set across four stages at Flemington Race Course, there was certainly loud cheering from the huge crowd, but this time not for the horses that normally grace the track. The event was well organised and most bands started on time. The hardest part of the day was trying to figure out who to see and what stage they were on. Thanks to a clever app, you could set the band you wanted to see and a pop up notification would give you a 15-minute window to get to the stage. The park was laid out so well, it only took a 10 minute stroll to get to any stage. Once you were there, that was the only music you could hear. Kudos to the sound gods!
There were plenty of conveniences which kept lines to a minimum, rows of food trucks and beer ports (and water refilling stations) and even a little market area where you could pick up those little things that help – rain ponchos and sunglasses. There was also a signing tent set up for festival goers to get their newly purchased merchandise signed by their favourite rock Gods.
A high level of security was also present- from police to security guards. I have to say though the security guards had their hands full fishing out crowd surfers when they came to the end of the line. They escorted the surfers from the front of the stage in a very respectful manner and ensuring that they were not injured and were ok to move on back into the crowd.
The crowd in general were very well behaved. Such a variety of festival goers; from Dads with their kids, the lads, goths and punks and even loved up couples smooching to Korn! They all partied well and hard and were all there for the love of their favourite bands that put on amazing shows.
My surprise picks for the day were Californian punk girl group bad cop/bad cop who apparently just made the set on time ! The raw energy and sweet harmonious punk tunes from the only girl group of the day was a great start to the festival for me! Also the energetic and charismatic Vegas metal group Falling in Reverse proved why they were invited to join the line up! Even though Lead Singer Ronnie Radke wasn’t pleased with the sound straight up, the crowd showed no concern by enjoying the show and talent before them!
It goes without saying that Prophets of Rage, Limp Bizkit and headliners Korn were beyond brilliant!
Supergroup Prophets of Rage entered the stage to a thunderous applause and left the same way- as if the crowd wasn’t completely won over by the epic rock history in one band (Audioslave, Cypress Hill and Public Enemy) they certainly pulled out all stops by paying a very emotional tribute to Chris Cornell. They left nothing on the stage and the crowd was rapturous in return!
Fred Durnst from Limp Bizkit proved that he was a rocker of the people going crowd surfing with his fans-albeit tight security, but it certainly was a ripper start to their set!
And then….the veteran headliners- Korn at their only Australian appearance! Lead singer Jonathan Davis looked right at home caressing his signature HR Giger mike stand, while the rest of the band led by Brian Welch were competing as to who could get the coolest head banging photos from the crowd of photographers down below.
Korn- true hard rock superstars!
I am hoping that this is the first of many of Download Festivals in Melbourne. We were lacking festivals of this nature since Soundwave closed up shop and Download reiterated the fact that Melbourne has a high level of heavy rock followers that make these festivals successful. Here’s to Download 2019 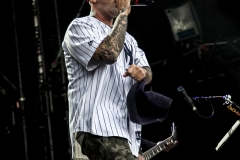 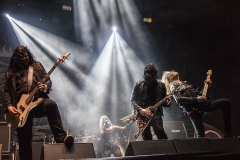 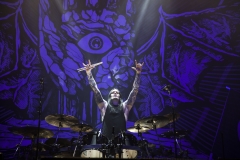 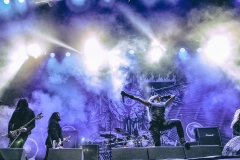 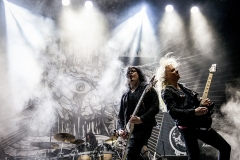 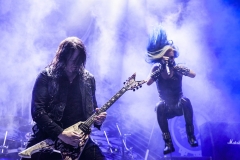 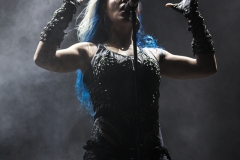 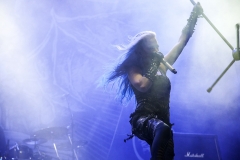 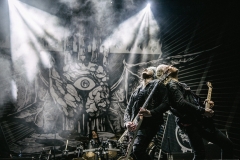 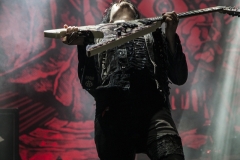 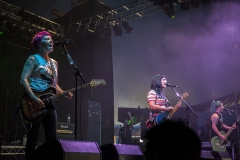 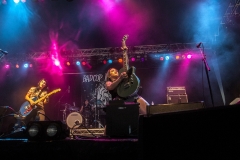 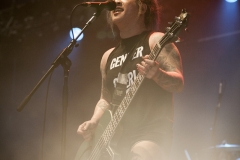 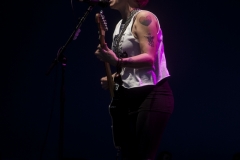 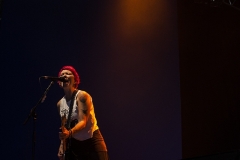 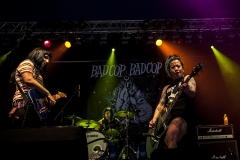 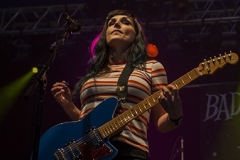 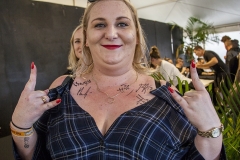 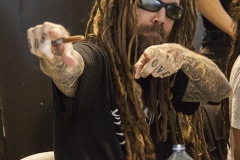 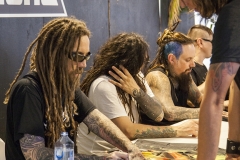 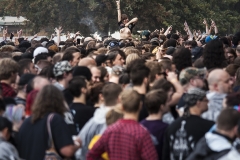 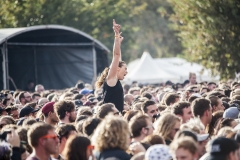 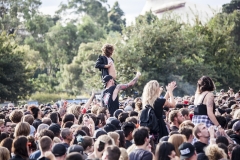 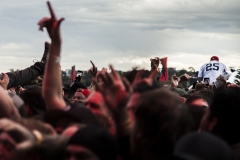