Two brilliant Australian headline acts on the one billing, a fabulous outdoor venue littered with bean bags and blankets, and lots of love and respect in the large crowd – what an awesome way to spend a mid-week monsoonal night in Darwin. Courtney Barnett’s sweet and soulful voice, killer lyrics and rocking guitar worked a charm. Admitting to the crowd she’s ‘not a big talker’, her lyrics communicate powerfully. A ‘We love you, Courtney!’ cheer from the lawn mosh-pit flew up between the great lines in ‘Avant Gardener’ (…. My throat feels like a funnel filled with weetbix and kerosene …) and ‘Need a little time’ (…Open up your insides show us/Your inner most lecherous…). I love hearing references to Melbourne in Courtney’s songs, with many of the themes resonating globally. Hearing ‘Nameless, Faceless’ now, less than three weeks after the murder of Aiia Maasarwe in
Melbourne, ‘I wanna walk through the park in the dark’ strikes painfully. The myth that holding car keys, or talking on a mobile phone, offers protection while walking in a park in the dark… Georgia ‘Maq’ McDonald, Camp Cope, joined Courtney on stage for ‘Nameless, Faceless’ adding even greater power to the song.

Courtney had earlier joined Camp Cope on stage for ‘The Opener’ which covers another theme close to the heart, one Georgia admitted we’re all sick of talking about. It was a strong finale to Camp Cope’s engaging, but too-short, set. Courtney Barnett and Camp Cope’s performance at the Pint Club was proof, once again, that they have powerful, unique, high-grade talent, a strong fan base, and that they’re way beyond smaller venues and random quotas for female artists. It was a pretty gutsy move to have a gig on the Pint Club’s lawn during the monsoon, but it’s a late, relatively dry monsoon season this year in Darwin. The seemingly-rain-heavy, grey clouds disappeared during Camp Cope’s gutsy performance, the lone umbrella was folded up and random plastic ponchos discarded. The all-ages gig, with many of the Territory’s music industry in attendance, kicked up their heels, or kicked back in bean bags, enjoying a cool breeze and easing humidity under clearing skies and fairy lights.

It would have been AMAZING if the two songs performed jointly by Georgia McDonald and Courtney Barnett (The Opener and Nameless Faceless) had seen some of the Territory’s superb young talent up on the stage too, invited up from the Pint Club’s lawn dance floor. Stevie Jean (I’m a huge fan after seeing her support The Rubens in Dec 2018), Caiti Baker and Serina Pech, together with the support act, Saltwater Divas, would have added local voices and support to the songs. Maybe next time. 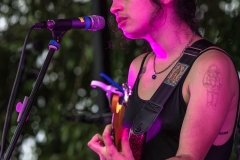 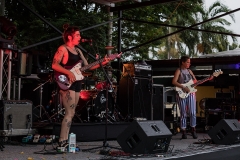 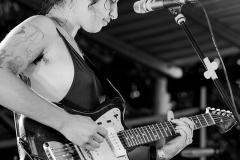 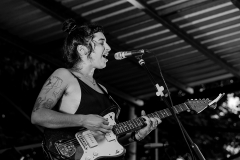 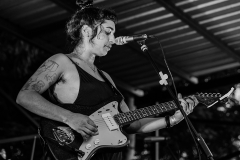 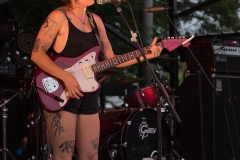 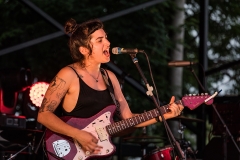 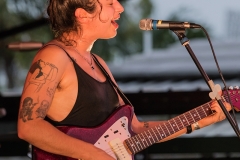 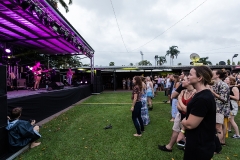 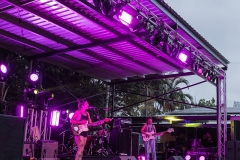 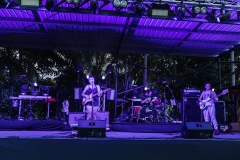 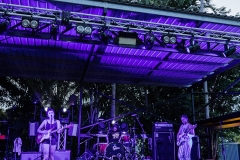 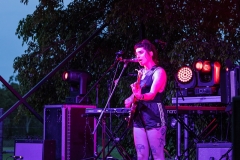 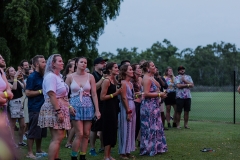 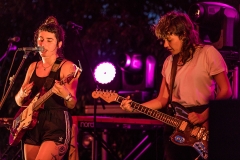 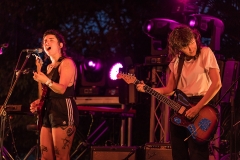 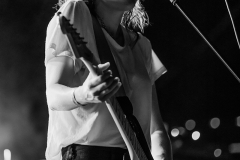 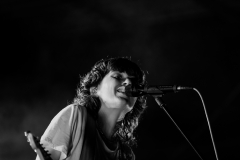 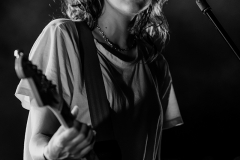 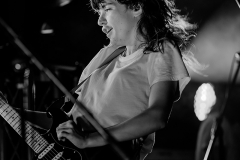 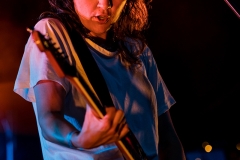 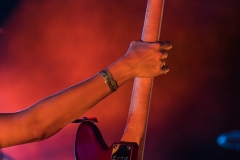 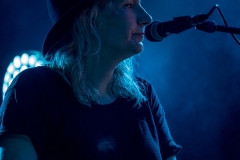 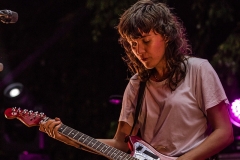