On Australia Day Eve in Melbourne, it was a sweltering 40 degrees Celsius (104 Fahrenheit for our overseas readers), and Jason Singh – front man of Taxiride; and Dale Ryder – front man of Boom Crash Opera was set to play a sold-out outdoor show at the Ocean Grove Hotel that evening.

The forecast was for a cool change to come through by 5pm, so even though it was going to be a warm evening, it was bound to be a bit more comfortable.

In true typical Melbourne fashion, on the drive to the Ocean Grove Hotel, it started to rain, just a light shower, but nonetheless, still rain for the upcoming outdoor gig.

Jason Singh and Dale Ryder have had many decades of success and songs behind them from their years in Taxiride and Boom Crash Opera respectively. Their hit tunes have had a staying power in the Aussie Music industry where you still hear their songs played on the radio today. We were all in for an exciting evening to not only celebrate being able to attend a live music show again after no live music since March 2020, but also to celebrate two amazing Australian artists and getting to hear them play all their hits live.

Before the show started the rain was still coming down steadily and the dark gloomy grey sky showed no sign of the showers letting up. This however did not deter the crowd to stay outdoors. Everyone was ready and waiting to hear live music once again rain, hail or shine!

The opening song “Good Times” started with both Jason and Dale singing together. Jason then gave the honors to Dale to start the evening off solo, as he stated, Ocean Grove is his home ground, and he would let the guest go first. What a gentleman!

The music started up for the Boom Crash Opera hit “Get Out of the House” and the crowd started cheering and clapping ready to join in at full volume with singing along to the popular hit from 1989. Dale followed up this song with their hit “Best Thing” also released in 1989 as the third single off their second studio album “These Here are Crazy Times”.

It was then Jason’s turn to take to the stage, and Jason performed two of Taxiride’s hits “Everywhere you Go’ and “Get Set” from their debut album “Imaginate” released in 1999. On “Get Set” Jason played guitar for the lively upbeat song which delighted the crowd as they sang and danced to the popular hit.

Dale then joined Jason on stage again where the pair performed the INXS song “New Sensation”. This choice of song to cover went over with the crowd wonderfully as everyone continued to dance and sing in the rain.

Through the course of the show Dale performed further Boom Crash Opera hits – “Dancing in the Storm”, “In the Morning”, “Better Daze”, “Great Wall”, and his final solo song for the evening the huge popular well-known hit “Onion Skin”.

Jason charmed the crowd with some Taxiride songs from their second studio platinum album “Garage Mahal”. He played “Afterglow” and “Saffron” and once again, he brought out the guitar and played with the band. Jason also performed David Bowie’s “Let’s Dance” from his album “Vale” that he released in September 2018 as a tribute to all the great artists that have passed away and who influenced his music career. Jason’s last solo song for the evening was Taxiride’s hit single “Creepin Up Slowly” which had the crowd jumping, dancing and singing along to the 2002 hit.

As the rain was steady throughout the whole show, you would think the crowd would have had enough and want to get out of the wet, but no! As the guys left the stage, the crowd cheered for more and chants of “one more song” were ringing through the night air.

Jason and Dale returned to the stage and Jason told the audience he had a special treat for everyone. Jason welcomed to the stage his long-time friend Sean McCarthy and the amazingly talented Rhianna Smith harmonica player to perform the encore song “Roadhouse Blues” with both himself and Dale.

After “Roadhouse Blues” came to an end, the crowd was STILL cheering and calling out for more! Jason and Dale then thrilled the adoring audience with two more cover songs, “Evie” by Stevie Wright and “Don’t You Go Out in the Rain” by Dragon. Jason did say while the crowd was singing at that point, he wanted it to bucket down, but alas, the power of a rain dance was not on his side to bring about torrential rain, but the crowd were still happy to dance and sing in the evening showers that did not let up for the whole show.

What an absolutely amazing evening Jason Singh and Dale Ryder put on for all the folk at the Ocean Grove Hotel. Seeing these two Aussie greats perform a sold out show together was a fabulous way to celebrate the return of live music and to enjoy all the hits from Taxiride and Boom Crash Opera from years gone by.

Jason Singh is gearing up for his “Hits, Bits & Beyond” tour along the East Coast of Australia, starting in March. He will be performing shows in Victoria, New South Wales, and Queensland. Check out Jason Singh’s website and socials for touring dates and venues. www.jasonsingh.com.au 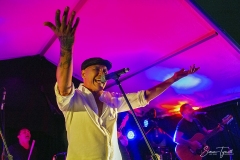 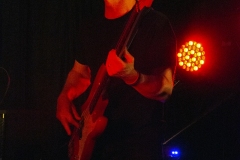 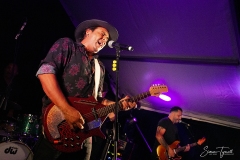 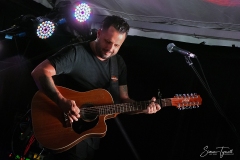 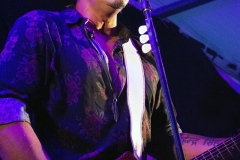 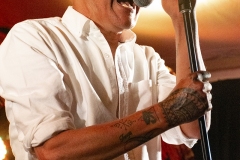 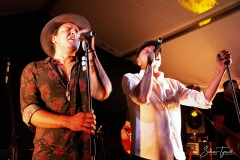 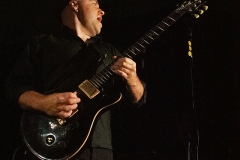 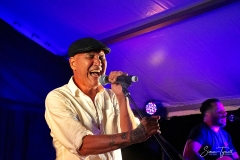 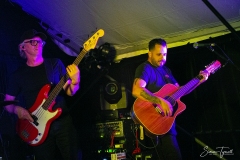 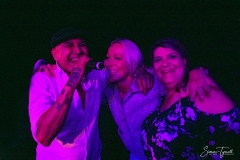 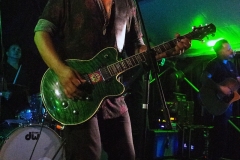 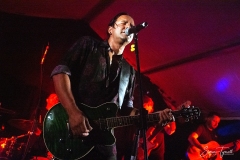 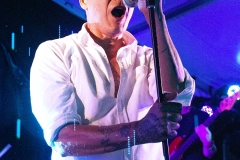 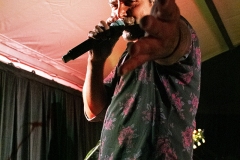 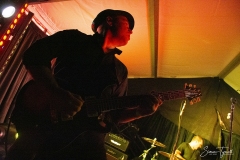 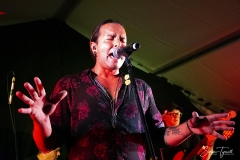 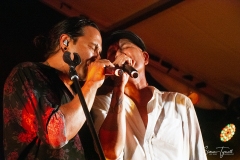 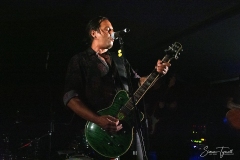 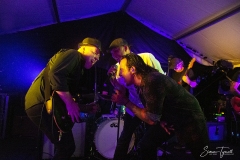 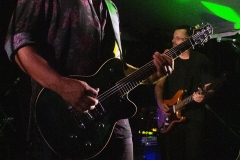 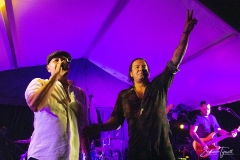 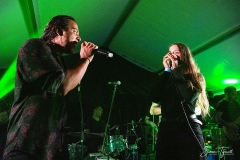