What do you do when you are a member of one of the world’s most explosive bands and you want to satisfy a creative urge ? You start a new band. Thats what you do.  In 2005, Richard Z Kruspe, lead guitarist from German heavy hitters Rammstein,  formed Emigrate, with the full support of his band members.

Fast forward to November 2018, and Kruspe has created an absolute aural masterpiece. Their new album “A Million Degrees”, set for release on 30 November 2018, is an exceptional piece of musical mastery . But what is it all about? Is it another Rammstein album? Sure it has resemblance, why wouldn’t it when you are one of the creative forces behind the band? But you don’t have to know or actually like Rammstein to love this album (or any of their previous catalogue in fact). Emigrate is Rammstein’s prettier cousin.  A Million Degrees still has a heaviness to it, but with more of an electronic rock feel with a little bit of funk thrown in on its back beat.

The 11 track album is beautifully curated. Starting off with the slow and sensual ‘War” it tempts you to keep listening and entices your senses. Next up, “1234” is a faster track that starts to get your blood pumping and wanting more, just before it slows down again to the albums’ title track “A Million Pieces”. You can’t help but be lathered up by the heaviness of the drums and bass, which then leads you to the  next track “Lead You On” featuring Margaux Bossiuex on vocals. With this track, it slips back into the heavy riffed and catchy tunes that Emigrate is known for. With Bossieux on vocals, it brings a touch of lace to a leather adorned track. 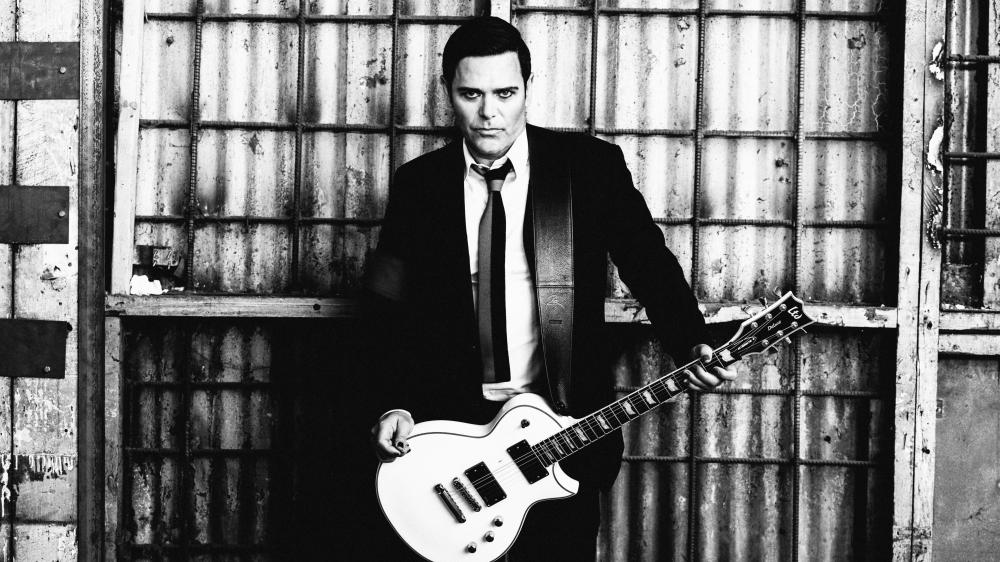 My favourite and probably the most mainstream track on the album is “You Are So Beautiful”. This song is divine. It still has a rock edge to it, but feels more like a ballad. Dont get me wrong, this isn’t a Poison or Warrant ballad from the 80’s, this is actually a beautiful mix of rock beats with a heavy feel. The guitar riffs are subtle but can’t be ignored. The song has the potential to be anthemic live and hopefully open Kruspe’s talent and creativity to a wider audience.

Till Lindemann joins Emigrate on the track “Lets Go” and to be expected it is the one track that could actually pass as a Rammstein number if it wasn’t in English. But even saying this, there is a Nine Inch Nails feel about this track. The electronic undertones, bring a different edge, that is unique in itself.

All in all, this 11 track album feels like an aural orgasm. Starts slow, enticing you, the anticipation, the heavy beats, the faster tracks, the heavier riffs, the anthemic numbers finishing off with slower more subtle tracks. This is album is sublime! And yes.. It had me wanting more.